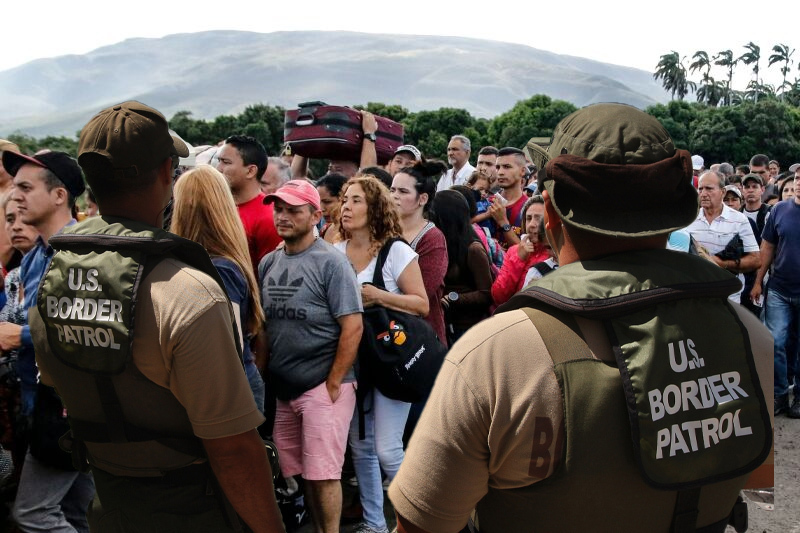 new crisis brewing for venezuelans turned back at us border

Mexico – Dozens of migrants and asylum seekers sit on a cold and rainy street near the office of the National Commission for Refugees (COMAR). Most of them were deported from the US to Mexico just a few days ago. Almost everyone here is from Venezuela, and many women with small children. The shelters for migrants and refugees in the area are overcrowded, so they have been sleeping outside for the last few nights.

There is uncertainty and disappointment on the faces of everyone outside the COMAR office as more migrants and asylum seekers continue to flock to the area, all seeking guidance from the Mexican authorities.

But even officials here seem baffled by the ever-changing politics at the border.

The most recent shift comes with an agreement between the US and Mexico, under which the US agreed to provide 24,000 humanitarian visas to Venezuelan asylum seekers.

But this does not apply to those who enter the country by land, who are now sent to Mexico. This change expanded the powers of Section 42 to carry out “expedited” deportations, especially of Venezuelan citizens.

There’s another concern: Human rights activists say the new restrictions announced by the Biden administration could harm the tens of thousands of underage migrants and asylum seekers who transit through Mexico on their way to the US.

In Mexico, there is a feeling that another migration crisis has already begun. The task facing government officials is complex. Not only has Mexico agreed to accept Venezuelans expelled from the US, but every day more migrants and asylum seekers continue to arrive from the country’s southern border.