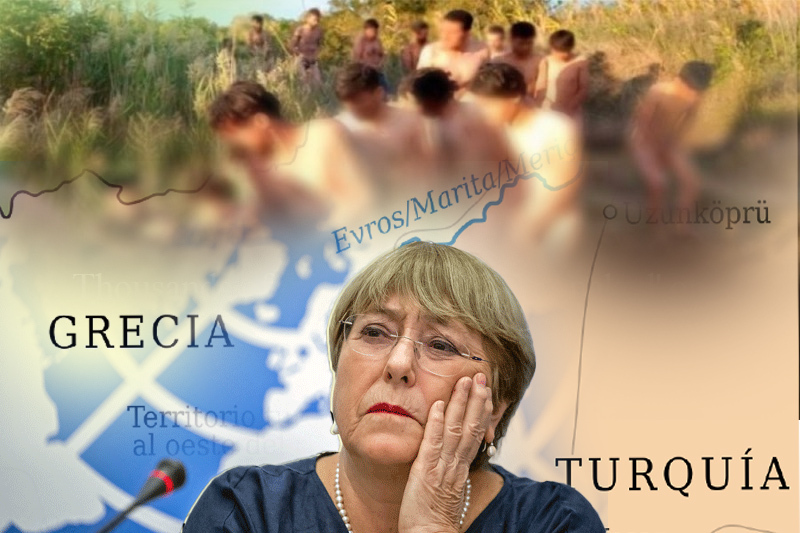 Greece – The UN Refugee Agency said it was “deeply saddened” by the discovery of nearly 100 naked men on the border between Greece and Turkey. The two countries blame each other for the plight of 92 migrants.

Greece blamed Turkey, saying its “behavior” was “a disgrace to civilization”. Turkey called its neighbor’s statements “fake news” and accused him of “brutality”.

As both sides blamed each other, the UN refugee agency called for an investigation and said it was “deeply distressed by the shocking reports and images”.

Greek police said they had rescued 92 people who were found naked and some injured near the northern border with Turkey on Friday.

According to them, an investigation carried out by them and representatives of the EU border agency Frontex found evidence that migrants crossed the Evros River into Greece in rubber boats from Turkey. “Border guards … found 92 illegal migrants without clothes, some of them had bodily injuries,” the report says.

Greek authorities said the men were immediately given clothing, food and first aid. It is unclear how and why the men lost their clothes.

Frontex stated that the men were mostly from Afghanistan and Syria, and that the Fundamental Rights Organization staff member was informed of the potential human rights abuse.

Speaking on Greek television, he said that many migrants told Frontex that “three Turkish army vehicles transported them” to the river that serves as the border between the two countries. The BBC has not been able to independently verify this claim.

A day earlier, Greek Migration Minister Notis Mitarachi tweeted that Turkey’s treatment of migrants was “a disgrace to civilization.” He said that Athens expected Ankara to investigate the incident and “protect … its border with the EU.”

The dispute has reached the highest level of the Turkish government, with a tweet on behalf of the president denying any responsibility for what happened and accusing Greece of an “inhuman” situation. “The Greek fake news machine is working again,” President Recep Tayyip Erdogan’s top press aide, Fahrettin Altun, wrote on the social network. He called the allegations “useless and ridiculous”, accusing Greece of disrespecting the refugees by posting pictures of them.

In response, UNHCR said it was “deeply distressed by the shocking messages and images” but said it was not yet in a position to speak directly to the group, which is hoped to happen in the coming days.