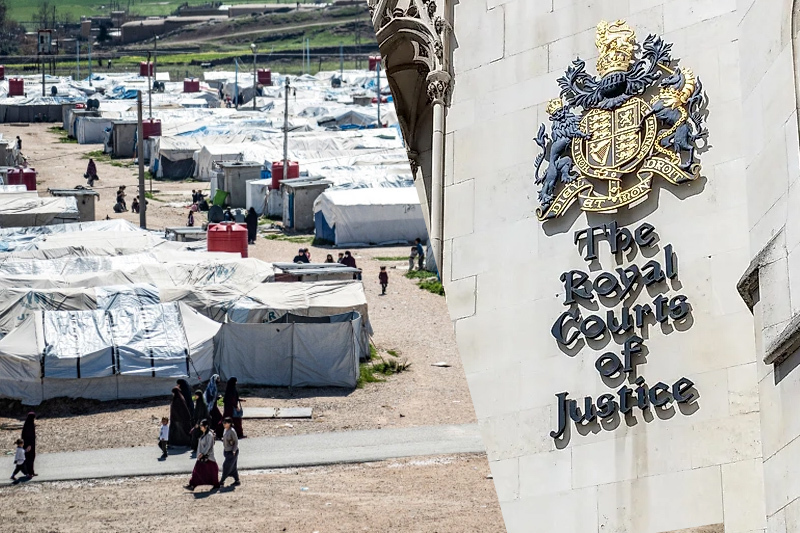 Syria – Two British mothers have gone to court to end their year long struggle of release from detention camp in Syria. Legal action was called for as both have been struggling to get out the prison like conditions after the UK government denied release.

They have raised a case against the foreign secretary as these women really represent the case of thousands of such women with their children living forgotten in miserable Syrian detention camps; struggling with disease, malnutrition, inadequate sanitisation and abuse aswell as violence at the hands of the Autonomous Administration of North and East Syria.

Case has been brought to the Royal Courts of Justice in London.

While they have not been charged with any offence or subject to any form of legal process, they have been detained for feels like an indefinite period. This has been stated by their legal team. The detention is said to be done ‘indefinitely and arbitrarily’ in a camp for people displaced following the defeat of so-called ISIS.

AANES and its military arm, the Syrian Democratic Forces, are “non-state actors” who worked closely with the UK and other allies to defeat the group, the court was told.

AANES does not want to continue to hold the detainees, believes they should be repatriated and has urged the UK to make an “official request” for their release, C3 and C4’s lawyers have alleged.

The Foreign, Commonwealth and Development Office said it previously declined to help with their repatriation “on national security grounds”, claiming the women had travelled “of their own volition” to join the so-called ISIS.

Strangely, the UK government has washed its hands off the responsibility of ‘having to do anything with the detention and therefore have no legal obligation to provide assistance,’ the legal aid of the foreign secretary.

Conditions in the camp remain danger for the safety of new born babies and infants who have reportedly died due to pneumonia and hypothermia.