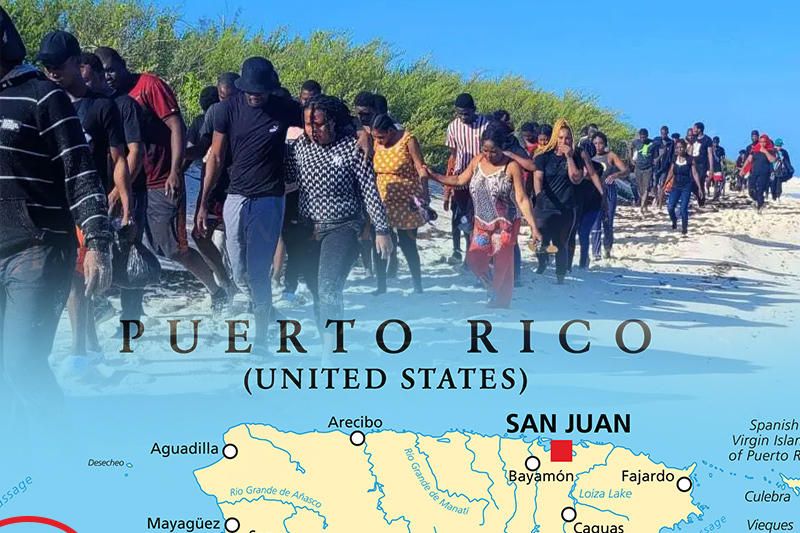 more than 100 haitian migrants found on island near puerto rico

Puerto Rico – More than 100 Haitian migrants have been found on a desert island off Puerto Rico as Haiti continues to recover from a humanitarian crisis sparked by a surge in gang violence, the United States authorities said. Park rangers with the Puerto Rico Department of Environment and Natural Resources located the group on Mona Island, U.S. Customs and Border Protection (CBP) spokesman Jeffrey Quinones said Tuesday.

It was not immediately clear if any of their group had drowned before authorities were made aware of the situation. Quinones said authorities are still interviewing migrants.

In recent months, a growing number of Haitian migrants and asylum seekers have sought to reach the US, often by sea, as the Caribbean nation has endured increased violence and political instability.

Late last week, the United Nations warned that some 4.7 million people are currently suffering from acute hunger across the country. A bandit blockade of Haiti’s main fuel terminal in the capital, Port-au-Prince, has led to severe shortages of electricity, water and food, especially in the city’s already impoverished areas where violence thrives.

Hospitals have been forced to cut services due to shortages of gasoline needed to power generators, and a collapsing health care network has complicated efforts to respond to a dangerous cholera outbreak.

Meanwhile, the Haitian government called on the international community to help build a “specialized military” to respond to the gangs, but Haitian civil society leaders dismissed the prospect of foreign intervention.

US Ambassador to the UN Linda Thomas-Greenfield said on Monday that the United States and Mexico are working on draft Security Council resolutions in response to the ongoing crisis.

According to Thomas-Greenfield, the former will impose financial sanctions on the Haitian “criminals” involved in the recent outbreak of violence, while the latter “allows the dispatch of a non-UN international security mission to Haiti to restore security and help the flow.” humanitarian aid.