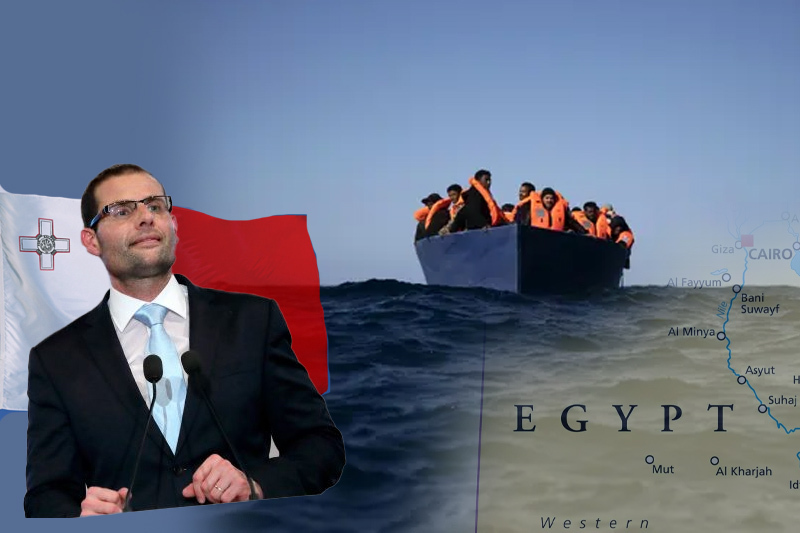 Malta – Malta was accused of violating international law after a merchant ship ordered the rescued refugees to be taken to Egypt, despite the fact that Malta was much closer and safer.

According to a joint statement by four international groups, on September 26, the merchant ship Shimanami Queen rescued 23 people who had little to no food or water.

The Malta Rescue Coordination Center (RCC), which is legally responsible for rescue operations in the event of an emergency, has instructed a merchant ship to take the rescued people to Egypt, according to Alarm Phone, Mediterranea Saving Humans, Médecins Sans Frontières (MSF) and Sea.

NGOs say Malta’s decision to send refugees to Egypt violated the 1951 Geneva Convention, which states that countries must not expel or return a person “to the frontiers of territories where his free life would be endangered.”

The joint statement added that the 23 people were not taken to Malta or Italy, despite those countries being the closest, but were instead “forcibly taken 760 nautical miles [1,400 km] to Egypt.”

Although Egypt is a signatory to the 1951 Geneva Convention, the country lacks an adequate national legal framework to protect refugees and asylum seekers.

The NGOs condemned Malta’s decision to bar 23 asylum seekers from finding safety in Malta, saying they “demand an end to these serious human rights violations in the central Mediterranean and along the EU’s external borders, perpetrated directly by European authorities through private companies.”

“European rescue coordination centers must fulfill their legal obligations and ensure the immediate rescue of people in distress at sea, followed by disembarkation in a safe place in Europe,” the human rights activists said.

In the past, Malta has been accused by NGOs of arranging the return of refugees to Libya. Malta’s prime minister, Robert Abela, said the island nation respects its primary responsibility to prevent anyone from dying at sea.