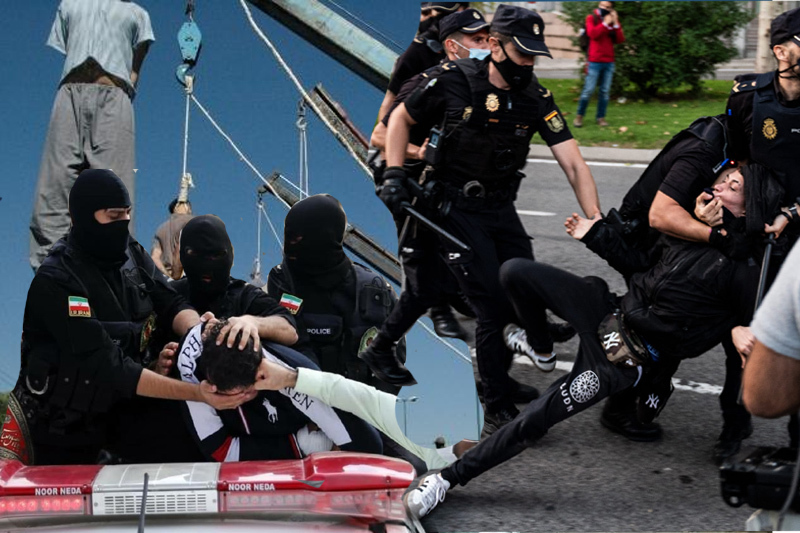 what are human rights violations

Global – A breach of human rights occurs when individuals are prevented from exercising their constitutionally protected rights to freedom of thought and movement. It is possible for individuals to violate these rights; nonetheless, it is the leadership or government of civilisation that most frequently demeans those on the margins of society.

In turn, this places these people in a circle of poverty and oppression, which is a vicious cycle. People who go through life with the mindset that the lives of some people do not have the same amount of value as others’ do their part to keep this cycle going. In the next piece, we will discuss several examples of violations of human rights, as well as some potential responses to the problem.

In 1948, a document known as the Universal Declaration of Human Rights was drafted. At the time, there were 56 members of the United Nations, and eight of those members did not vote in favor of equal rights for all humans.

Since then, there has been tremendous advancement in the field of international human rights. This, however, does not negate the fact that certain individuals continue to violate fundamental rights on a daily basis.

The advancement of advocacy for human rights is not a process that occurs in a linear fashion; the past two decades have demonstrated that achievements in human rights have either stayed stable or diminished in many regions of the world.

Discrimination can have a disproportionately negative impact on members of societal groups that are already at a disadvantage. Women, children, members of racial or ethnic minorities, individuals with disabilities, refugees, indigenous peoples, and those living in poverty are all included in this category.

The repercussions of violations of human rights have a disproportionately negative impact on people living in developing nations as a result of the multiple causes and challenges involved. The discrimination of individuals and communities on the basis of their gender identity and sexual orientation has developed into a pervasive problem in the 21st century.

Even though there are regions of the world that are exceptionally progressive and have made strides toward the inclusion of the LGBTQIAPK (lesbian, gay, bisexual, transexual, queer, intersex, asexual, pansexual/polyamorous, and kink) community, stigmatization is still a problem for which there is no obvious solution. People who live with HIV/AIDS and women who have been the victims of rape or other types of gender-based violence are two other groups that are stigmatized.

How the system abused Death Penalty

There are an infinite number of instances in which human rights have been violated. One particularly painful example is the Islamic Republic’s practice of putting children to death in public executions. In his report to the United Nations General Assembly in October 2019, the United Nations special investigator of human rights in Iran, Javaid Rehmen, stated that the use of the death penalty continues to be at the top of the global charts. Javaid Rehmen was investigating human rights violations in Iran. Despite the substantial progress made in the two years preceding this statement.

Iran has a long way to go. This is taking into consideration the high levels of prejudice that are still faced by religious and ethnic minorities. The recent mistreatment of human rights advocates was described by Rehmen as follows: “[they] have been intimidated, harassed, arrested, and detained.” Following this, Rehmen goes on to inform the assembly that between September 2018 and July 2019, a total of eight reputable human rights defense attorneys were arrested and sentenced to lengthy terms of incarceration.

People who live in the nations that are considered to be the least developed are subjected to some of the most severe breaches of human rights. In order to particularly address this problem, the United Nations General Assembly ratified the Declaration on the Right to Development in 1986.

The declaration is revolutionary in the sense that it recognizes the right to progress as belonging to all people everywhere. Even while this is a right guaranteed by the law, it is quite evident that people do not exercise it. This enables an understanding that progress toward development is a critical component in the achievement of equality and the protection of human rights.

Human rights abuses can also take the form of people being held as prisoners of war or subjected to torture. The War on Terror was the impetus for a new wave of violations of human rights that have persisted over the course of the past two decades and have contributed to the overall destabilization of international human rights. A shared comprehension of the rights that are bestowed upon human beings is absolutely necessary if we are to recapture this misplaced sense of humanity.

The Western mentality, in which these rights and liberties are taken for granted, is a contributor to the larger problem that we are facing. The question that needs to be answered is how government officials can ensure that their people’s rights are protected despite having limited resources.

How do we solve this problem?

It is a challenging goal to realize a way of defending human rights all over the world that is not only sustainable, practical, and efficient but also permits local values and culture to be preserved in their original form. Before there can be any kind of change, people need to first acknowledge the value of their unique qualities and make an effort to comprehend one another.

It’s possible that starting with the more manageable stages, such as comprehending victims of rape, abuse, and prejudice rather than perpetuating a culture of blaming the victim, could have a greater impact on the problem than viewing it through such a wide lens. Not until then will these examples of abuses of human rights become examples of acts of love toward other people.