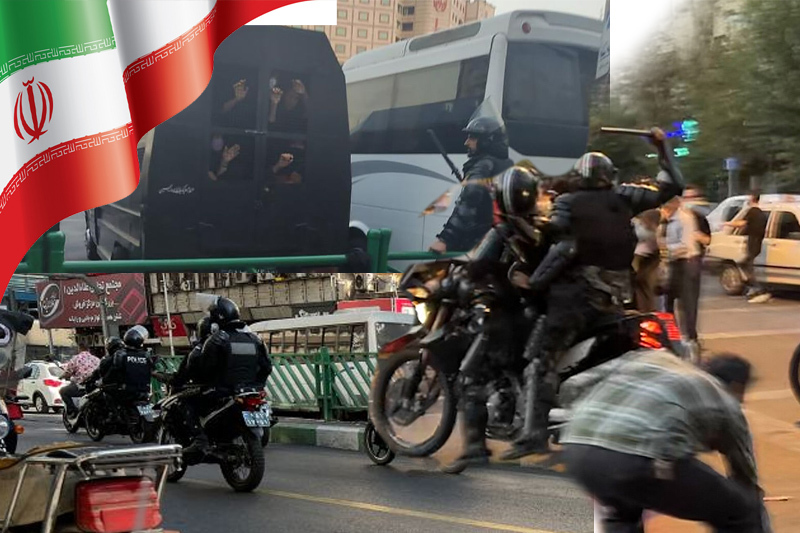 iranian authorities have a playbook for silencing dissent, and they’re using it again

Iran – Farhad, a 37-year-old father of two, understands well the cost of speaking out against the Iranian government, but that hasn’t stopped him from joining the demonstrations, which have been going on for more than a month, and seem to overcome Iran’s social and ethnic divisions.

During protests in November 2019, he said he saw several of his friends die on the streets of Tehran after being shot by security forces in a four-day nationwide crackdown on dissent that left more than 300 civilians dead. residents. according to Amnesty International.

It wasn’t until December 2, after the bloodshed, that Farhad says plainclothes police kicked his door in the middle of the night to arrest him for taking part in the demonstrations.

Farhad, whose name has also been changed for security reasons, says the IRGC used footage of the protests from the BBC to identify him, effectively using media coverage of the rallies to hunt down participants.

He claims that he was tortured for a total of 16 days and, like Arman, he knew that the detention center in Tehran where he was being held was run by the IRGC because there was a sign on one of its walls with distinctive insignia.

Farhad’s last memory of spending time in a dark room is when he was hanged and beaten unconscious by plainclothes officers, then thrown into the back of a car, taken away in an unknown direction and abandoned on the side of the road.

According to him, a few days later he woke up in a medical clinic near his home in Tehran. He doesn’t know how he got there, but cites a member of an extended family with ties to the Iranian government as a possible reason he was rescued.

Looking ahead, analysts and activists in exile fear that the authorities will eventually use any violent tactics they deem necessary to regain some semblance of control.

Almost two dozen children, some as young as 11, have already been killed by Iranian security forces during September demonstrations, according to Amnesty International, in a chilling reminder that no one will spare life. Meanwhile, Iranian Education Minister Yousef Nouri confirmed last week that protesting students are currently being held in so-called “psychological facilities” run by the state.