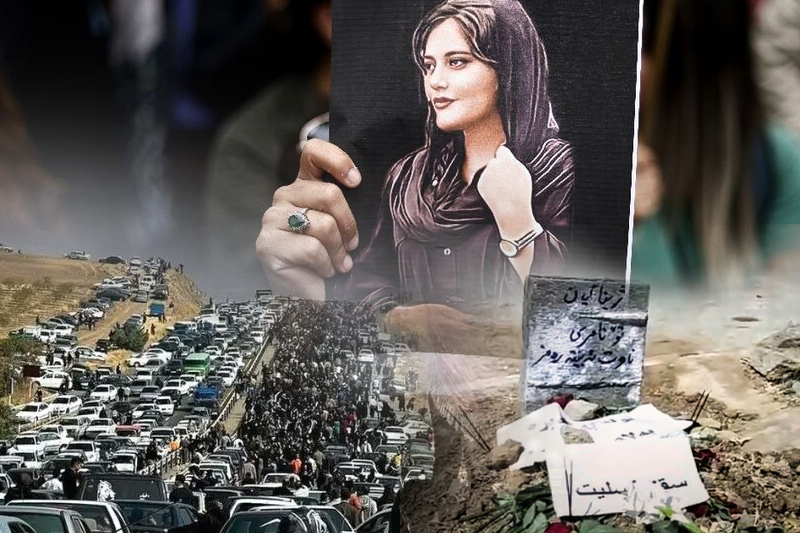 Iran – Iranian police reportedly opened fire on protesters in Saqqez, the hometown of Mahsa Amini, who died in custody after being arrested for allegedly “improperly wearing the hijab.”

Thousands of people gathered at the grave of a Kurdish woman and clashed with guards 40 days after her death. The human rights group and witnesses said police fired live ammunition and tear gas at crowds in the city.

Protests swept across Iran after 22-year-old Amini passed away on September 16. She was detained three days earlier by the vice police in the capital Tehran and slipped into a coma after she passed out in a detention center.

On Wednesday, security forces were deployed to Saqqez and other parts of Kurdistan province in anticipation of more demonstrations to mark the 40th day of mourning for Ms. Amini, a culturally significant event for Iranians.

The video shows thousands of mourners walking along a road, across a field and across a river to bypass roadblocks and reach the cemetery where Ms. Amini is buried.

It is unclear whether members of Ms. Amini’s family were present. A source close to the family said intelligence agents pressured her father to say they were not performing the ceremony.

Kurdish rights group Hengaw, based in Norway, later tweeted that mourners marched to the provincial government building in Saqqez and that security forces opened fire on people in Zindan Square.

The Reuters news agency quoted an unnamed eyewitness as saying: “The riot police shot the mourners who had gathered at the cemetery … Dozens were arrested.”

The semi-official news agency Isna reported that “a limited number present at the Mahsa Amini memorial clashed with police on the outskirts of Saqqez and were dispersed.”

Hengau also reported demonstrations in several Kurdistan cities. It says that the police used live fire in several places, including in Mariwan.

How HR can help to forward sustainability in an organization