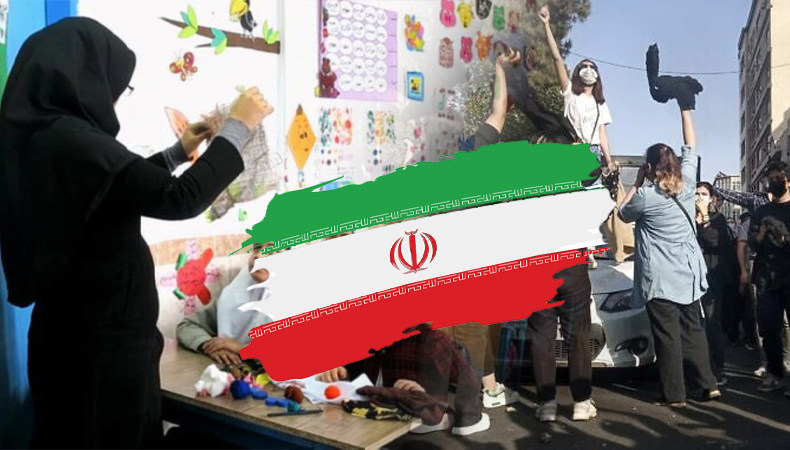 Iran – A teachers’ union in Iran has called for a nationwide teachers’ strike to protest the recent deaths and detentions of students in the country, the Coordinating Council of Iranian Professional Teacher Associations (CCITTA) said in a Telegram statement on Thursday.

The council has declared a period of public mourning for student deaths in recent weeks from Thursday to Saturday and called for a “sit-in” on Sunday and Monday. “We know very well that the military, security and private forces are invading the privacy of schools and educational spaces. During this systematic repression, they have cruelly taken the lives of a number of students and children in the most way,” the statement said.

“Rulers should know that the community of Iranian teachers do not tolerate these atrocities and brutality,” the statement added.

Anti-government protests swept Iran, sparked by the September 16 death of 22-year-old Mahsa Amini, who died after being dragged off the streets of Tehran by the vice police and taken to a “re-education center” for modesty lessons. .

The current movement, led and inspired by women, has united Iranians from generation to generation in what looks to be the biggest threat the regime has faced to date.

Videos posted to social media in recent weeks show schoolchildren protesting the Iranian government in classrooms and on the streets, shouting anti-government slogans and, in some cases, waving the mandatory hijab. On Monday, Norway-based rights group Iran Human Rights said that 27 children were killed in protests that began in September. They added that “the actual death toll is certainly higher and the organization continues to investigate.”

A separate CCITTA statement said that one senior high school student from Mashhad, Abolfazl Adinezade, was killed after security forces allegedly shot him with shotgun shells on October 8.

In a video posted to activist groups on social media on Monday, a man who identified himself as Adinezade’s father said his son was killed after 24 bullets were shot in his stomach. “Why was my child shot? You shot him 24 times in the stomach,” said the father.

Adinezade was allegedly shot dead in front of Firdousi University in Mashhad and taken to hospital, where he died an hour later, according to a separate CCITTA statement.