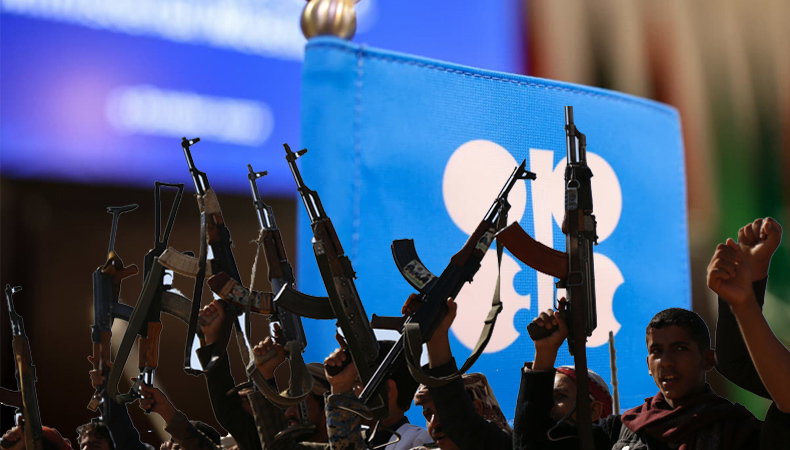 should al houthis be designated terrorist for messing up

Iran – A wave of protests swept over Iran. The protest began after the death of 22-year-old Mahsa Amini, after she was detained for wearing the hijab incorrectly. The protest has not stopped until now, young girls cut off their hair or stop wearing the hijab. There is more and more news about the dead or arrested. People from all over the world support the brave Iranians against the fight against their power. Governments are no exception. Here are the comments of some countries about what is happening in Iran:

The Spanish Government strongly condemns the violence against peaceful demonstrators in various parts of the Islamic Republic of Iran and demands that the Spanish authorities respect and fully guarantee the right of all citizens to freely and peacefully express their opinions and demonstrate. Spain reaffirms its firm commitment to human rights defenders, and especially to women’s rights, which must be respected in all circumstances and in accordance with the universal international instruments in force. In particular, the Government reiterates its strong condemnation and rejection of the violence against Iranian women and their rights. The Government expresses its condolences for the loss of life and wishes a speedy recovery to the people affected by the demonstrations caused by the death of an Iranian woman, Mahsa Amini. The government calls on the Iranian authorities to conduct an independent investigation and establish accountability in a transparent, objective and complete manner.

Speaker of the US House of Representatives Nancy Pelosi called the courage of Iranian women impressive. Pelosi said that “we are all in awe of the courage of Iranian women” who took to the streets to protest for their personal freedom. Calling Mahsa Amini’s death a heartbreaking “murder” for the Islamic Republic, she said it sparked a backlash and “that suffering has been turned into actions that can be beneficial in terms of freedom for women and others in Iran.” She stressed that democracy is about security, economy and governance, and “the way you respect and treat your people” shows how democratic the government is. In addition to voices of support from the US House and Senate, Secretary of State Anthony Blinken also said on Friday that “when we see the Iranian government firing on peaceful protesters and then cutting people off from the global internet, we are not only watching this . We are taking action in response.”

The UK Foreign Office on Monday said it had summoned Iran’s charge d’affaires, Iran’s highest-ranking diplomat in the UK, in connection with the crackdown on protests. “The violence used by security forces against protesters in Iran is truly shocking,” British Foreign Secretary James Cleverley said, referring to the Islamic Republic’s crackdown on popular protests sparked by the death of Mahsa Amini, a 22-year-old woman who was killed at a police station. . “Today we made our point clear to the Iranian authorities that instead of blaming outside players for the unrest, they should take responsibility for their actions and listen to the concerns of their people,” Cleverly said.