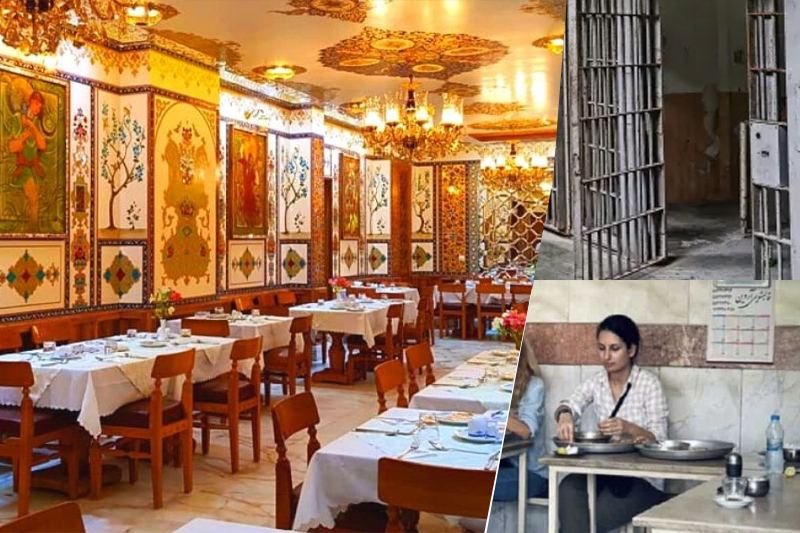 woman arrested in iran for eating at a restaurant without hijab

Iran – The Iranian security forces arrested a woman for eating at a restaurant in public without wearing a Hijab, according to her family.

The woman, identified as Donya Rad, was arrested after a photo of her and another woman eating at a restaurant in Tehran, the capital of Iran, without their Hijabs was widely circulated online. According to Rad’s sister, security agencies contacted Donya Rad and summoned her to explain her actions as most coffeehouses in Iran are traditionally patronised by men.

Her sister told CNN, “After visiting the designated place she was arrested, after a few hours of no news, Donya told me in a short call that she was transferred to Ward 209 of Evin Prison.”

The country is suffering because of the protests. The anti-government demonstrations started in the Islamic Republic of Iran over the death of a 22-year-old Kurdish woman named Mahsa Amini. The protests have spread across at least 46 cities, towns and villages of Iran.

According to human rights activists, Amini died in police custody after her arrest for allegedly failing to comply with Iran’s dress codes for women by wearing an “improper hijab”. Human rights activists accused the Iranian morality police of beating Amini to death.

According to the Oslo-based group Iran Human Rights, the protest has killed more than 100 people in Iran.

A young Iranian woman, Hadis Najafi, whose video went viral on social media without wearing a Hijab, was allegedly shot dead by the security forces. According to human rights groups, she was shot by security forces in the abdomen, neck, heart and hand.