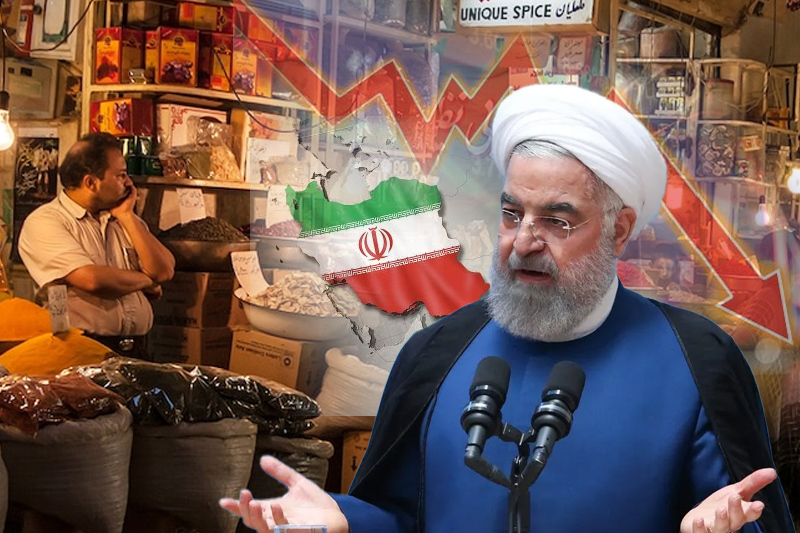 iran’s economic situation in the shadow of the government

Iran – Because of the wave of protests in Iran, the world seems to have re-focused on what is happening there. Although most have forgotten that the wave of bloody protests began back in 2019. The initial reason for the protest was a 50-200% increase in fuel prices. Subsequently, the protest turned into actions against the political regime in Iran and the top leader Ali Khamenei. The protests began on the evening of November 15 and spread to 21 cities within hours. Images of the violent protests soon made their way around the internet, and the protests reached an international level.

What is the economic situation of Iran in the shadow of the government and how do people react to it? Let’s discuss this topic today.

Iranian President Ebrahim Raisi is not known for his comments to the press. But on August 28, Raisi accidentally did this when he spoke at length about the Iranian economy. On numerous occasions, Raisi was confused about numbers and percentages, perhaps due to inadequate briefing of advisers or his lack of understanding of economic indicators. As a result, he inadvertently divulged confidential information about Iran’s real inflation rate, which is at least 60 percent.

Two organizations in Iran have been tasked with calculating the Consumer Price Index (CPI), an index that measures the average change in market prices for a basket of consumer goods and services. This index is used to calculate the monthly inflation rate as well as the inflation rate over a twelve-month period.

It is likely that the CBI and the Statistical Center use different baskets of goods and services to determine their respective rates. They may also give different weight to price changes in urban and rural areas. While the data for Iran is clearly not perfect, according to the World Bank, it compares favorably with other countries in its region.

However, declaring different levels of inflation has serious implications in real life. The Iranian government is required by law to adjust wages and salaries annually to keep up with inflation. This adjustment is included in the annual budgets, approved by the Parliament, and implemented in the first month of the Iranian New Year (March). However, since the data of the Central Bank were consistently higher than those of the Statistical Center, the CBI stopped publishing its figures four years ago, and the inflation rate reported by the Statistical Center became the basis for wage adjustments. For example, the average annual inflation rate for the Iranian year ending at the end of March 2018 – the Central Bank’s last reporting year – was 9.6 percent, while the rate reported by the Statistical Center was 8.1 percent.

The manipulation of economic statistics for political reasons dates back to the mid-2000s, when hardliner Mahmoud Ahmadinejad became president. During his time in office, inflation data and items such as the unemployment rate and capital flight were not taken into account. As a result, many independent economists ignored government statistics and warned that policies based on falsified statistics would fail.

The most important problem for Iran is the high level of inflation in the food sector this year. The overall annual national food inflation rate in June 2022 compared to the same period in 2021 was 87 percent, but in some parts of Iran, this figure reached 100 percent.

Most price increases have occurred since early May, when the government removed a subsidy on food imports to save about $15 billion in foreign exchange annually. The move, which the government called a “big economic operation,” immediately set off massive increases in the prices of staples such as bread, pasta, dairy products, vegetable oil and meat. This caused a wave of protests and strikes in local bazaars.

As we have noted, bloody protests began back in 2019 throughout Iran. Protests broke out all over the country, and the protesters had different social backgrounds. Prior to that, in 2017 and 2018, discontent had flared up mainly in Tehran and most of the people marching were middle-class citizens who wanted to know what happened to their votes in the elections. But in 2019, the protests were triggered by a sudden and dramatic increase in fuel prices: by 200% overnight. On the eve of winter, this could not but anger the inhabitants of the country.

A new wave has swept across the country, the workers and the poorest sections of Iranian society have joined it. “People are struggling to survive, it is hard for them to feed their families and heat their homes, as well as to buy medicines. They feel that they have nothing to lose,” the expert explains.

The last straw for the Iranians was the death of 22-year-old Mahsa Amini. Protests continue in Iran for the ninth day in a row following her death. On Saturday, September 24, the demonstrations caused by the death of a girl turned into protests against the restriction of personal freedoms in Iran.

According to figures released by state television, 41 demonstrators died during the protests. Law enforcement agencies are trying to suppress protests by using force. According to the information, hundreds of protesters were detained, as well as a number of activists and journalists. Human rights organization Amnesty International said the police “deliberately and illegally” used live ammunition to disperse the demonstrators.