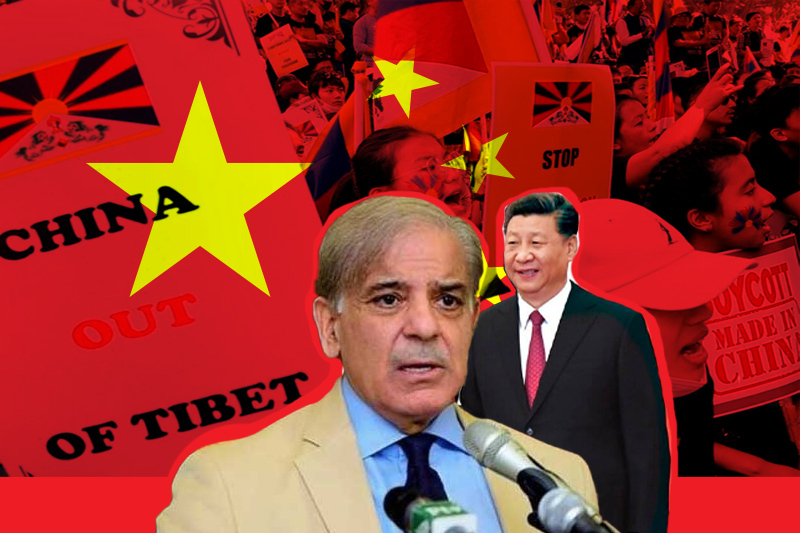 Global – The UK-based Global Alliance for Tibet and Persecuted Minorities has denounced Pakistan and other China-proxy nations for defending China’s human rights abuses in Tibet, Hong Kong, and Xinjiang. On September 26, 2022, Pakistan read the Joint Statement before the UN Human Rights Council’s 51st session on behalf of 68 nations.

Notably, when the Office of the High Commissioner for Human Rights (OHCHR) published a report on human rights in Xinjiang, Pakistan emphasised the UN Charter’s principles of “respect for political independence, sovereignty, and non-interference in internal affairs of states,” among others. Pakistan or other China-proxy nations must not disregard the persistent and flagrant human rights atrocities in Hong Kong.

According to the UN Declaration on Human Rights, which the CCP promised to recognise at the time of the handover from the UK in 1997, the people of Hong Kong should be permitted to continue enjoying their fundamental rights, just like any other people in the world.

While using its soft power to support infrastructure development projects in China-puppet countries like Pakistan, the CCP’s expansionist goals include denying freedom of expression and belief to Buddhist Tibet and Muslim East Turkestan. In addition, the CCP wants to annex Taiwan and gain complete control of the South China Seas in defiance of international law.

It is impossible to disregard such inconsistencies. According to the statement, all UN Human Rights Council members have a duty and moral obligation to defend and protect victims of human rights abuses wherever they occur, including in China, Tibet, East Turkestan, and Hong Kong.

The Global Alliance for Tibet & Persecuted Minorities denounces Pakistan and other China-proxy nations for violating the fundamental tenets of the UN Charter on Human Rights while serving as members of the UN Human Rights Council.

The statement read: “Pakistan and other China puppet countries must cease appeasing tyrants and mindlessly supporting the ruthless regime in China. China must be held accountable for its flagrant breaches of human rights in the areas it governs.”

Before Communist China’s unlawful takeover and annexation, East Turkestan (Xinjiang), a peaceful Muslim country inhabited by the Uyghur people, and Tibet, a landlocked Buddhist country with a population of six million, were separate nations.

On October 1st, 1949, Mao Tse-tung gave the People’s Liberation Army (PLA) orders to invade Tibet and East Turkestan after seizing power. East Turkestan and Tibet resisted their occupation, and only military action could keep them in place. The statement continued, “The CCP does not speak for the Tibetan or Uyghur peoples.”

The illegal occupation by Communist China directly caused the deaths of more than a million Tibetans. The independent watchdog group Freedom House listed Tibet alongside South Sudan and Syria as the least free nation in the world in its 2022 Annual Report.

Nearly a million Tibetans are currently forcibly enrolled in colonial boarding schools in China, many of whom are just six years old, with the long-term goal of eradicating Tibetan identity, language, culture, history, and religion.

Without the parent’s permission, the Chinese government is taking DNA samples from Tibetan children, some of whom are as young as three. The statement said, “This is a matter of grave concern, and it must be stopped.” An independent tribunal in London, the Uyghur Tribunal, ruled in 2021 that the Chinese State had massacred Uyghur Muslims and other minorities.

Governments and parliaments around the globe have denounced the Chinese State for committing genocide against the Uyghurs and other minorities while praising this independent ruling.