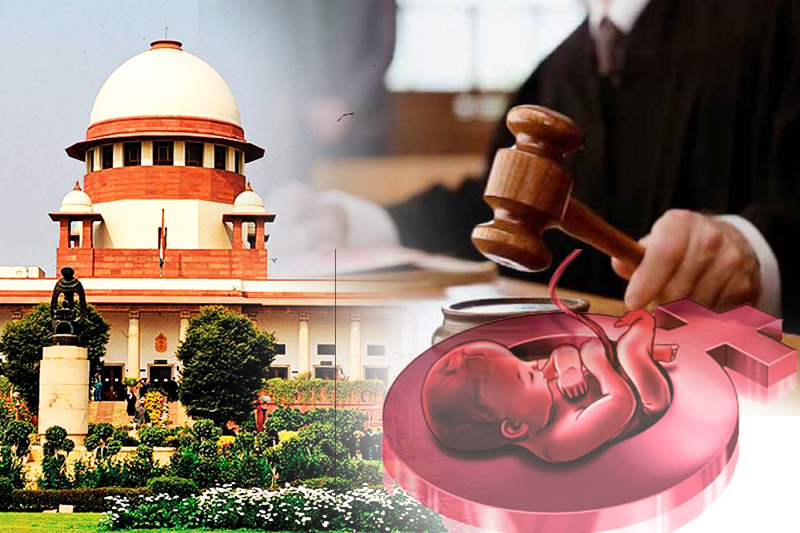 India – The Supreme Court of India, on Thursday, upheld the right of a woman to an abortion up to 24 weeks into pregnancy regardless of marital status.

Justice D.Y. Chandrachud of India’s Supreme Court said, “Even an unmarried woman can undergo abortion up to 24 weeks on par with married women.” According to the top court, all women, regardless of their marital status, are entitled to safe and legal abortion in India.

The top court ruling came on a plea seeking clarity on the amended 2021 abortion law of India, which listed several groups that did not include single women. A woman filed a petition and said that her pregnancy resulted from a consensual relationship, but she had sought abortion when the relationship ended.

In 2021, the government amended the Medical Termination of Pregnancy Act (MTP) to allow several categories of women to seek abortions between 20 and 24 weeks into pregnancy. The list of categories included rape survivors, minors, women with mental disabilities, women with foetuses that had major abnormalities and married women whose marital status had changed during the pregnancy.

The bench of Justices comprised DY Chandrachud, AS Bopanna and JB Pardiwal. They said that a woman’s marital status could not be grounds to deprive her of the right to abort an unwanted pregnancy.

The apex court also said that sexual assault by husbands can be classified as marital rape under the MTP law. The judges also clarified that under this law, the meaning of rape would include sexual assault or rape by husbands.

However, India is yet to criminalise marital rape.