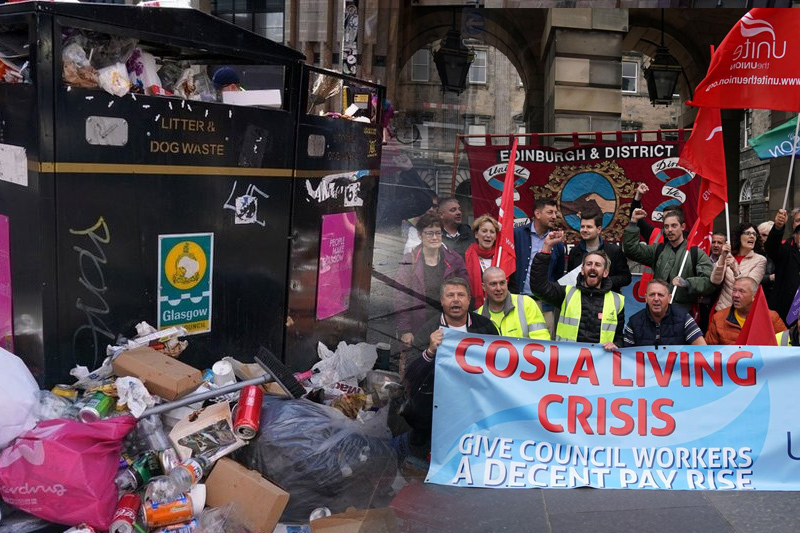 UK – Unison and Unite said a majority of their members were in favor of the deal, which would see all employees gain at least £1,900. Council staff accepted an offer of pay increases after threats of strikes from garbage can and school workers.

The GMB has already accepted a proposal that includes an extra day of annual leave. An improved proposal from Cosla, the council’s umbrella body, will give the lowest paid employees a 10 percent pay increase instead of special living wage payments this year and next.

He voted for all local government members across Scotland and the turnout was 64%. The paid agreement was accepted by 67% of those participants. Joanna Baxter, head of local government for Unison Scotland, said: “Unison members have spoken and voted overwhelmingly to accept the improved pay offer and we will now press Cosla to get this money into members’ pay packets as quickly as possible.”

She said the pay raise offer was only made because “members accepted and were willing to take the strike. But it should never have got to that,” she added.

It is estimated that over half of Scotland’s 250,000 municipal employees earn less than £25,000 a year on a 37-hour work week. Scavenger strikes began in Edinburgh on 18 August after unions rejected an initial offer of a 3.5% pay rise.

The action escalated when 20 more local government employees left despite a revised 5% offer.

Kosla said he was disappointed at the time that the unions pulled out of the deal, which was the “absolute extreme” of affordability, while First Minister Nicola Sturgeon warned there was no “bottomless pit” of money to pay for the improved offer. More recent strikes by scavengers, schools, and early childhood centers in 11 local government areas were called off when a wage increase deal was proposed.