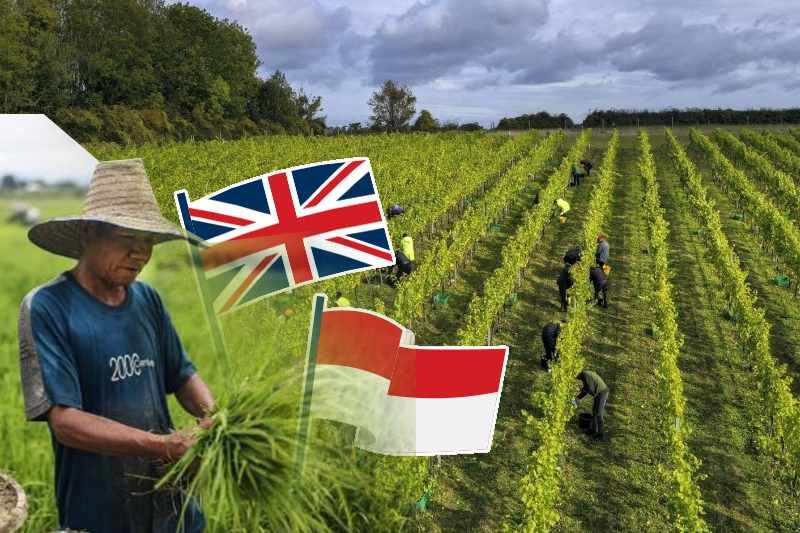 indonesians wait for uk farm jobs after paying deposits of up to £2,500

UK – Indonesians dreaming of working in the UK is alleged to have pledged up to £2,500 to an agency in Jakarta to ‘guarantee’ jobs on British farms that have yet to materialize. Labor experts say the deposit is considered a job search fee, which is illegal in the UK and Indonesia.

One worker said he made a £1,000 down payment to an agency in Jakarta in July to secure a job in agriculture with a British recruiter, but he didn’t even pass the interview. He said he was one of several people left jobless and destitute hoping to get a job on a farm in the UK.

Official Indonesian government documents from the end of August suggest that around 170 workers are stranded in Indonesia, taking jobs on 19 farms across the UK.

Most of them had been unemployed for several months, waiting for work they considered imminent, and almost all were issued visas to enter the UK.

It is understood that there are plans to bring some of these workers to the UK, even though the harvest season is still far away.

Indonesian workers picking berries at a farm that supplies Marks & Spencer, Waitrose, Sainsbury’s and Tesco have said they have faced thousands of pounds from unlicensed brokers in Bali for one season’s work in the UK. Brexit and the war in Ukraine have pushed desperate recruiters and farms to seek labor thousands of miles away.

A presidential task force in Indonesia is investigating the hiring of fruit pickers after experts said alleged high fees could put workers at risk of debt bondage.

The Gang and Labor Violence Authority is investigating whether any UK laws have been violated. Andy Hall, an independent migrant rights specialist who studies forced labor in Asian supply chains, said: “There is no legal basis either under Indonesian or UK laws to charge money to workers as a recruitment fee, whether it’s called a deposit or not. At the time a deposit is taken from a candidate, it’s an illegal recruitment fee.”