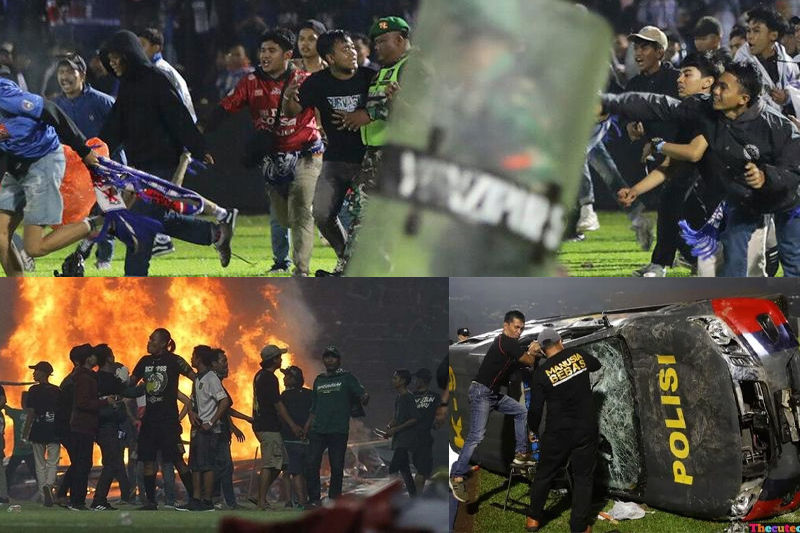 At least 125 people have died in the chaos and violence that erupted during an Indonesian league football game early Sunday morning, in what is one of the world’s deadliest stadium disasters of all time, according to Indonesia’s national police chief.

Following this, supporters of the losing team “invaded” the pitch and police fired tear gas, causing a stampede of fans that resulted in cases of suffocation, East Java Police Chief Nico Afinta said during a press conference after the event. Two police officers were also among the dead, he said, adding that the stampede occurred as fans ran for the exit. More than 300 people were injured over fears the death toll could rise, according to Indonesian authorities.

Earlier Sunday, the governor of East Java province, where the incident occurred, said the death toll was 131. National Police Chief Listjo Sigit Prabowo explained the discrepancy with previous higher numbers, saying it was because some victims were registered twice.

Videos taken from the stadium late at night and shared on social media show fans dressed in red and blue, the home team’s colors, storming the field and clashing with Indonesian security forces who appeared to be wearing protective equipment.

The smoke, which turned out to be tear gas, was later also seen on video of several people being carried into the building. Officials said many were admitted to nearby hospitals suffering from “lack of oxygen and shortness of breath”.

Indonesian President Joko Widodo, also known as Jokowi, on Sunday ordered all league matches to be halted pending an investigation. “I have specially requested the police chief to investigate and get to the bottom of this case,” Jokowi said in a televised speech. “Sportsmanship, humanity and brotherhood should be upheld in Indonesia.”