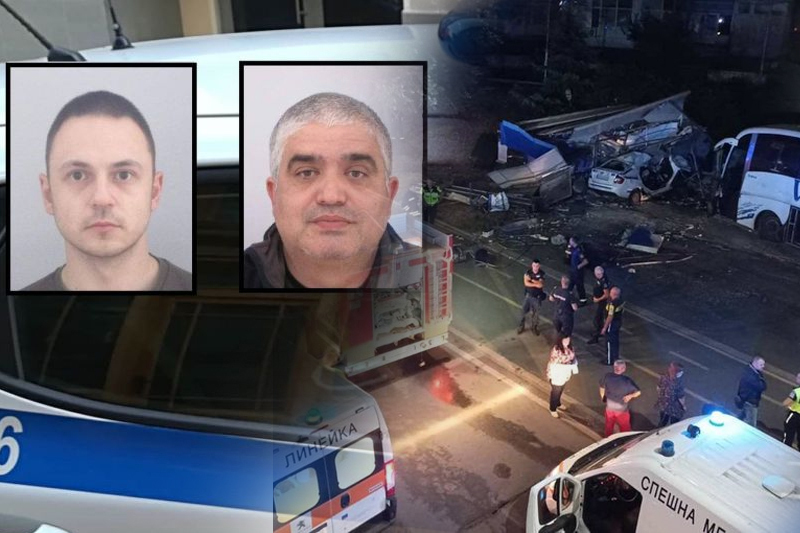 Bulgaria – Two Bulgarian police officers were killed early Thursday morning as they tried to stop a bus carrying migrants who had entered the country illegally, a Bulgarian government spokesman said.

The incident took place at 5 am (4 am CET) in the Black Sea city of Burgas after a bus refused to stop at two consecutive border police checkpoints.

There were 47 migrants on the bus with Turkish numbers.

The bus entered a residential area when the police stopped the car across the road in front of it. The bus rammed a police car, then drove over it and crashed into a bus stop.

The police chief said the bus entered a residential area when the police stopped their car in its path to block it. The two officers in the car were killed instantly. No other injuries were reported and an investigation has been launched into the case.

Police said the migrants on the bus were from Syria.

News site BalkanInsight reports that five people were arrested on the spot on charges of human trafficking.

On Twitter, BNN Bulgaria, a subsidiary of Bloomberg News, reports, citing local police, that the bus was deregistered and sold for scrap with fake license plates. They also tweeted that August 26th is a day of mourning in honor of the dead policemen – “Today August 26 has been declared as a Day of Mourning in #Burgas in honor of the two policemen who were tragically killed yesterday morning in the line of duty.”

Bulgaria, a Balkan country of 7 million people, is located on the main route for migrants from the Middle East and Afghanistan to Europe. Only a small fraction of them plan to stay in the poorest member of the EU, using Bulgaria instead as a transit corridor on their way to the west.