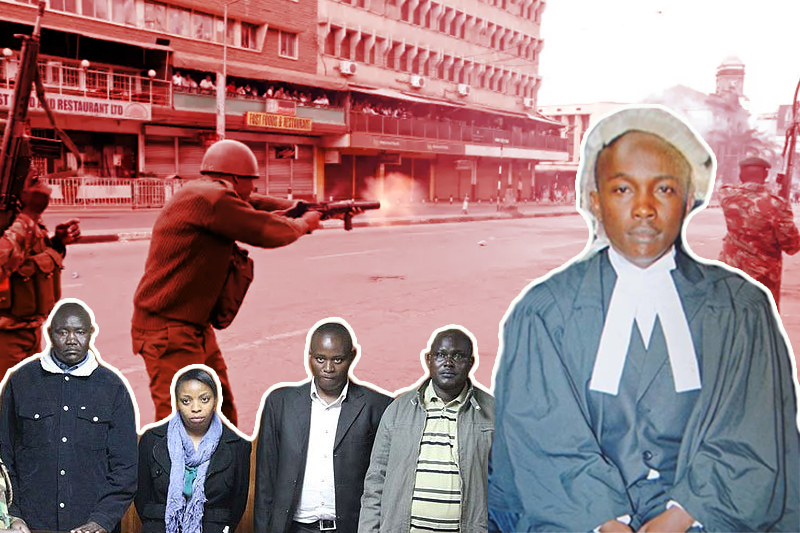 East Africa – Six years after the bodies of three including human rights lawyer, were found in a river, three police officers and one police informant have been found guilty of the killings by a Nairobi court.

Leonard Mwangi, another police officer was acquitted by the court.

The gruesome killing in 2016

The high court judge shed light on the gruesome details of how Kimani, who was working for International Justice Mission (IJM), was abducted while he was leaving Mavoko law courts in Nairobi. He was tortured and later killed along with Mwenda and Muiruri, with their bodies being discovered in river one week later.

In last year’s interview with the Guardian, Paul Kinuthia, Kimani’s father, said, “I have a wound in my heart. As long as this case is in court, the wound won’t heal. Each year that goes by is a reminder of how my son and two others were killed.”

Benson Shamala, country director for IJM Kenya, said: “Out of five, we’ve got four convicted which sends a strong message that the criminal justice system is working. It may not be perfect, but we can rely on it.”

Kenya has a long history of police killings. In the period of 11 years of its establishment, Kenyan independent policing oversight authority (Ipoa) has received and processed 20,979 complaints into police torture and killings.

Irũngũ Houghton, Kenya director for Amnesty International, noted that this landmark decision just before Kenya’s general elections will change the ground setting. “Police officers will think twice about using excessive force and taking the law into their own hands, and deciding what to do with suspects or people they don’t like.”