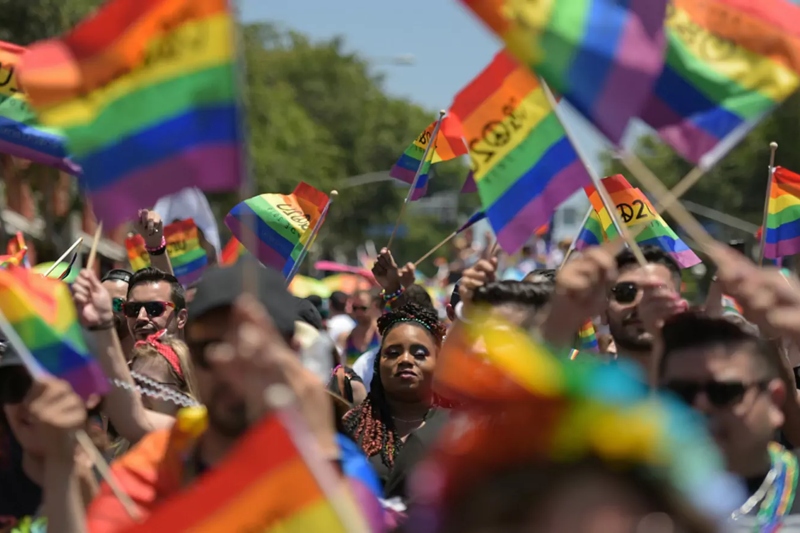 for lgbt groups, it’s been a year of challenges and some victories

Millions of lives have been affected by two big geopolitical events in the last year: the Taliban takeover of Afghanistan and the full-scale Russian military invasion of Ukraine. Both have struck a chord with lesbian, gay, bisexual, and transgender (LGBT) persons in unique ways.

When Russian Patriarch Kirill mentioned “homosexual parades” in Ukraine as one of the arguments for Russia’s invasion, he tapped into a politically powerful trope employed by Russian President Vladimir Putin, positioning Russia as the defender of “traditional values.”

This matches political rhetoric in Poland, where more than a hundred municipalities have declared themselves “LGBT-ideology free zones,” and Hungary, where President Viktor Orbán has led a legislative and rhetorical assault against LGBT people’s rights for political advantage.

Last August, shortly before the Taliban took control of Kabul, a Taliban judge decreed that gays should be stoned to death or crushed by a falling wall. The previous government had approved a law criminalizing same-sex behaviour in 2018, therefore LGBT persons in Afghanistan were no strangers to violence and persecution.

Despite this, the Taliban’s re-election forced many LGBT persons to emigrate to neighbouring countries, which similarly prohibit same-sex relationships, leaving them in a dangerous position; those who remain in Afghanistan fear a bleak future.

Authorities frequently use a collective and solitary authority when they employ religion, culture, or tradition to restrict gender expression or sexual orientation: a rigidly defined family, a stagnant culture, or a singular religious orthodoxy. However, the actual issue is bodily autonomy, or the freedom to make decisions about one’s own body. This is one of the main reasons why LGBT rights have become a battleground between liberal democracy’s pluralism and populist authoritarian leadership, which sets individual rights against group norms.

Discrimination and violence based on sexual orientation and gender identity, which have been at the centre of international LGBT campaigning in the past year, are widespread, albeit disparate and country-specific. Each issue, however, is part of a larger trend pitting individual rights, as recognized in international human rights legislation, against restricted, static definitions of family and culture, intolerant religious notions, and authoritarian and populist forms of rule.

LGBT persons are seen by populists as threats to the family, church, and state. Their game plan allows for scapegoating, discrimination, and, in some cases, violence against LGBT people. Lesbian, gay, bisexual, and transgender (LGBT) campaigners continue to make major advances around the world.

LGBT activists must deal with issues such as impunity for violence against LGBT people, state repression of LGBT rights activism, legislative and judicial barriers to same-sex couples’ recognition, efforts to restrict sexuality education, and the need to promote the rights of people born with atypical sex characteristics in this difficult context. In the past year, a wide range of challenges or outright violations of LGBT rights have been reported all across the world. However, there have been some triumphs for LGBT rights advocates.

Bias-motivated discourse has encouraged sporadic or systemic violence against LGBT persons in a variety of settings, with little or no repercussions. In Cameroon, there has been an increase in mob violence on LGBT people, with the victims being detained on charges of homosexuality.

The Iraqi government has failed to safeguard LGBT individuals from armed groups’ systemic violence, which has gone unpunished. The murder of a non-binary lesbian in Kenya was poorly investigated by Kenyan police.

Transgender women of colour in the United States routinely face assault, as well as intersecting discrimination in school, work, and housing possibilities based on race, gender, class, ability, and nationality. These variables may explain why transgender individuals of colour have been murdered at alarmingly high rates since 2016.

In 2021, at least 20 LGBT individuals were murdered in bias-motivated attacks in South Africa, which leads the African continent in terms of legal rights for LGBT people. In 2011, the South African government established a National Task Team to combat impunity for such violence, and it is currently amending its existing policy to address the core causes of hate crimes and track their incidence.

Following the murder of Vicky Hernandez, a transgender woman, during the 2009 military coup in Honduras, her mother’s perseverance ultimately paid off. The Inter-American Court of Human Rights ruled in March 2021 that Honduras was to blame for Vicky’s death. Honduran President Xiomara Castro committed in May 2022 to comply with court-ordered reparations, which is believed to help lower the country’s high levels of anti-LGBT violence.

State repression of the very activists at the vanguard of advancing LGBT rights is fueled by the same language that portrays LGBT persons as threats to the societal order. Last year, on International Women’s Day, activists in Turkey were arrested and charged with “insulting” the president during marches in support of LGBT rights.

After an unnamed group of males attacked Feminita officials in Kazakhstan, authorities held them “for their own safety.” Feminita is a nationwide feminist project that works on the rights of lesbian, bisexual, and queer women. Feminita’s registration as a nongovernmental organization has also been denied arbitrarily by the authorities.

Around 21 people were arrested and detained in Ghana while attending a session on documenting and reporting crimes against LGBT people. The charges were dropped after they were jailed for more than three weeks. Their ordeal has continued to harm them personally and financially, from their arrests to the public attention they have faced.