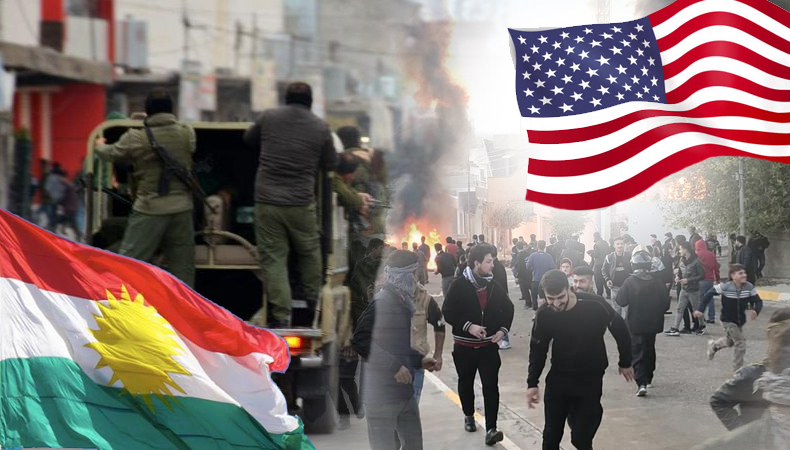 america speaks up against hr violations at the hands of

Iraq – Journalists and activists are not being treated well in Iraq at the hands of the Iraqi Kurds and the US is worried about this human rights atrocity being committed.

Anger against the Kurdish regional government has been on the rise. This has been more so due to unpaid state salaries and Turkish incursions into border areas. There have always been issues with human rights activists and citizens carrying out rallies or peaceful protests to demand their rights. Most of them have been met by violence and force by security personnel. Apparently, reporters have been seen being manhandled and beaten up, their cameras broken or confiscated, to speak of the least.

“We are concerned by reports of the use of tear gas and rubber-coated bullets to disperse protesters and the detention of journalists, civil society activists, and members of parliament in the Iraqi Kurdistan Region (IKR),” the American Embassy in Baghdad has made a formal media statement.

This statement comes more so after the August 06 protest in the northern Kurdish city of Sulaimaniyah. The statement further said that “For democracy to be upheld, “governments must safeguard constitutionally protected and universal human rights and freedoms, including freedom of peaceful assembly and demonstration, freedom of expression, the right to a fair trial with due process.”

This created atmosphere of fear and intimidation for the media to do fair reporting goes against respect for the fourth estate. In May 2022, the United Nations published a report stating how activists were living in an ‘environment of fear and intimidation’ because of continued attacks against ‘protestors, persons seeking accountability for these attacks, and activists and critics espousing views critical of armed elements and affiliated political actors.

It said many activists remain relocated inside or outside Iraq out of fear for their safety. In late 2019, more than 500 people were killed during months of anti-government demonstrations. These erupted under former prime minister Adel Abdul Mahdi, affecting Baghdad and southern towns including Basra. More than 7,000 unarmed demonstrators were injured.

The American Embassy has urged the Kurdish authorities to “review these actions and reaffirm the vital roles that a free press, peaceful assembly and the rule of law play in democracy.”