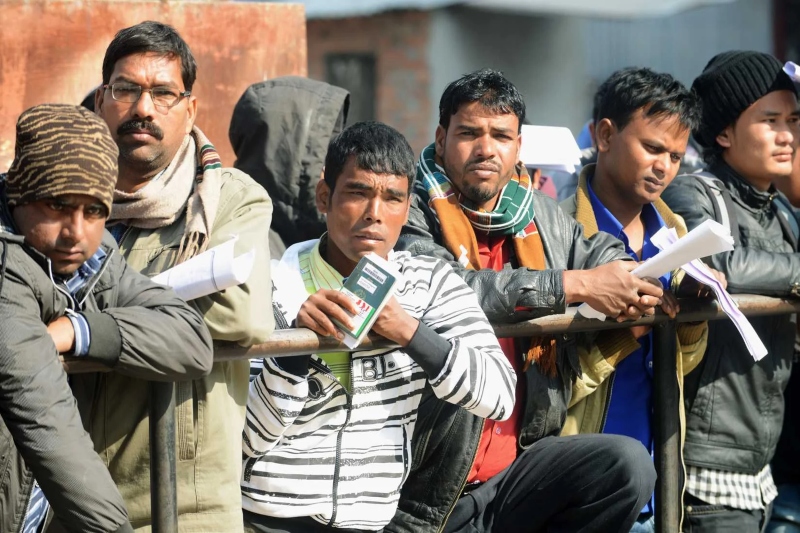 in the gulf, more than 10,000 nepalese migrant workers have died

Nepal – More than 10,000 Nepali migrant workers have died in Gulf countries as a result of a lack of drinking water, food, and long hours of heavy labour in scorching heat.

Natural deaths account for the second-largest group of deaths, according to Nepalese official figures. What it signifies has not been specified by the government.

Every year, 900 workers die in Nepal, mostly as a result of cardiovascular ailments.

Since 2008, 2,123 Nepali migrant workers have died from cardiac arrest alone, with 1,878 deaths being classified as “natural death.”

The ‘natural death’ instances are being investigated, according to Rajan Prasad Shrestha, Director-General of the Foreign Employment Office.

“Nepal is one of South Asia’s most important labour exporters.” On average, we send 5 lakh Nepalis abroad each year. “There are a lot of Nepalis, particularly in the Gulf region and Malaysia,” Shrestha said.

“The majority of deaths occur in Malaysia, Saudi Arabia, Qatar, and the United Arab Emirates; the statistics are extremely high.” Natural causes of death and heart attacks are at the top of the list,” he noted.

According to the records, 2,938 Nepali migrant workers have perished in Saudi Arabia since 2008, and 3,533 in Malaysia.

Cardiac arrest, natural causes, traffic accidents, suicide, and job deaths are among the causes of mortality for migrant workers.

In addition to cardiovascular problems, the number of migrant workers diagnosed with kidney failure is on the rise, particularly in Gulf countries.

Only 5% of labourers working in other countries are skilled, while 74% are unskilled and 21% are semi-skilled.

After speaking with returnee Nepali migrant workers, it was discovered that the vast majority of them worked in deplorable conditions, with no access to safe drinking water or food.

Lal Singh Ghatri Morga, a 38-year-old migrant worker, has been diagnosed with kidney failure and receives dialysis therapy twice a week at the hospital.

Morga has worked on construction sites in Saudi Arabia and Dubai for several years.

“After eight months in Dubai, while working on a construction site, my body began to feel weak, and I passed out and fell on the ground. My manager was unable to assist me at work, so I came home. This could have happened since I used to labour for at least 10 hours a day, and there was heat stress, as well as a lack of sufficient drinking water and food,” Morga explained.

In the construction industry, the Gulf countries are the most popular destinations for Nepali migrant labour. They are subjected to a variety of workplace dangers, including extreme heat.

Several conditions must be met before a migrant worker can leave, including the submission of legitimate paperwork, a visa, proof of medical exams, orientation training, and term life insurance.