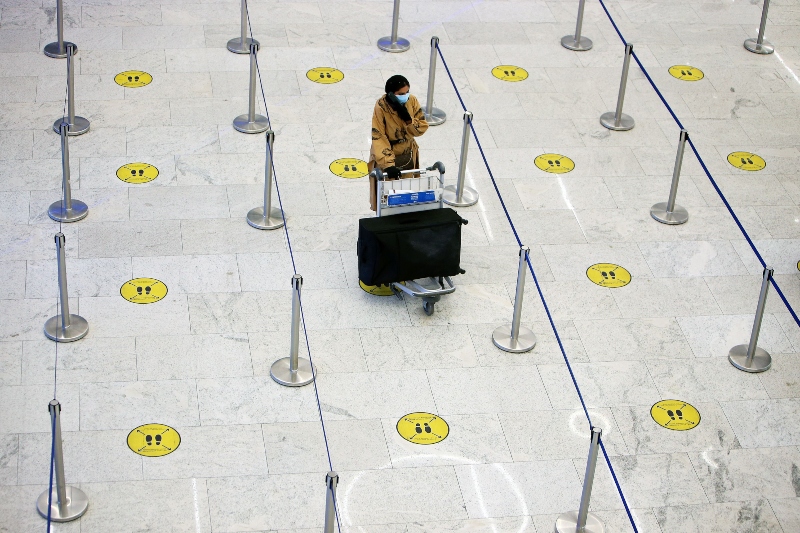 Abul Basar has been a resident in Saudi Arabia for the past 14 years. He tried his luck as a migrant worker in the oil-rich desert state of Saudi Arabia after failing to find a suitable job in Bangladesh, first in Riyadh and then in Jeddah, to support his family in Bangladesh. He most recently worked as a plumber in Al Qasim province’s water treatment plant.

Then came the coronavirus. Basar is currently one of about 260 million migrants around the world whose labor contributes to a significant shift of capital to lower-income countries. He sends home 90% of what he makes — 2,000 Saudi riyals ($533, €498) every month — to support his four-person family.

South, East, and Southeast Asia account for more than half of all migrant workers. They account up roughly 20% of the workforce in Western, Northern, and Southern Europe, as well as the United States. It’s around 41% in the Gulf countries. Europe, the United States, and the Gulf States are the most popular destinations for migrant workers and the main recipients of remittances.

Migrant workers don’t merely support their family with their remittances. They also help to maintain the stability of entire national economies. Remittances contribute for more than 10% of the national economies in Zimbabwe, Georgia, Nicaragua, and Senegal. It’s higher than 20% in El Salvador, Gambia, Jamaica, and Nepal, and around 30% in Kyrgyzstan and Tajikistan. Remittances are especially beneficial to North and Sub-Saharan Africa, South and Southeast Asia, and Central America.

However, with the outbreak of the COVID-19 pandemic, this approach appeared to be jeopardized. The constant flow of capital transfers was endangered by lockouts and job losses. Experts at the World Bank calculated in April 2020 that in the first year of the epidemic, migrants would send $129 billion less home, a 20% decrease.

In actuality, after a brief, steep decline, payments quickly rebounded. At the start of the pandemic, currencies in key emerging economies including as Brazil, South Africa, and Turkey dropped substantially, while remittances from dollar and euro economies increased in value. Despite losing their employment, a considerable proportion of migrant workers are likely to have used their resources to help their relatives back home.

As a result of the epidemic, migrant workers have faced increased financial hardship and substantial job losses. Seasonal and migratory workers, in particular, were quickly laid off due to a lack of legal protection. In several nations, the unemployment rate has also risen among the local people. Migrant employees, on the other hand, were disproportionately affected by layoffs. In some countries with a large seasonal workforce, such as Hungary, Spain, and Italy, migrant workers were 50% more likely than native workers to be unemployed.

Migrant workers are more likely to be unemployed than the native population, according to the International Labor Organization, because they frequently work in risky, low-wage sectors. Catering, tourism, culture, retail, and construction are among the industries that have been struck particularly hard by the pandemic.

When you add migrants who fled the nation due to job losses and aren’t counted in the statistics, the genuine unemployment levels are likely far higher. When the pandemic struck, India alone had 6.1 million stranded workers who had to be brought home on charter flights. Hundreds of thousands of people left Thailand, Nepal, Malaysia, and Sri Lanka, many of them owing to layoffs. According to the International Labor Organization, the situation in South America and Africa was similar. Migrant laborers in Arab Gulf states were particularly hard hit.

It’s unclear when or if these individuals will be permitted to return to the nations where they worked. While nearly every country in the world closed its borders to prevent travel at the start of the pandemic, migration policies have changed since then: many countries in Sub-Saharan Africa quickly lifted restrictions, while others in Europe, such as Spain and Italy, tightened travel restrictions as COVID numbers rose.

The so-called Saudisation of the economy may be to blame for the restricted stance in the Gulf. According to a study by human rights organization FairSquare Project, the government initiative, which has been in effect since 2018, requires companies to “increase the proportion of Saudi nationals in their workforce” with penalties for “firms with low percentages of Saudi workers and ‘redundant’ foreign workers.” Saudi Arabia’s health industry, for example, must reach a local employment target of 30 to 60%.

Restrictions such as those in Saudi Arabia, on the other hand, only had a short-term impact on Bangladeshi labor movement. According to the Bangladeshi Bureau of Manpower, Employment and Training, the number of workers moving abroad declined by more than two-thirds from 2019 to 2020. However, after 2021, the number has drastically increased again.