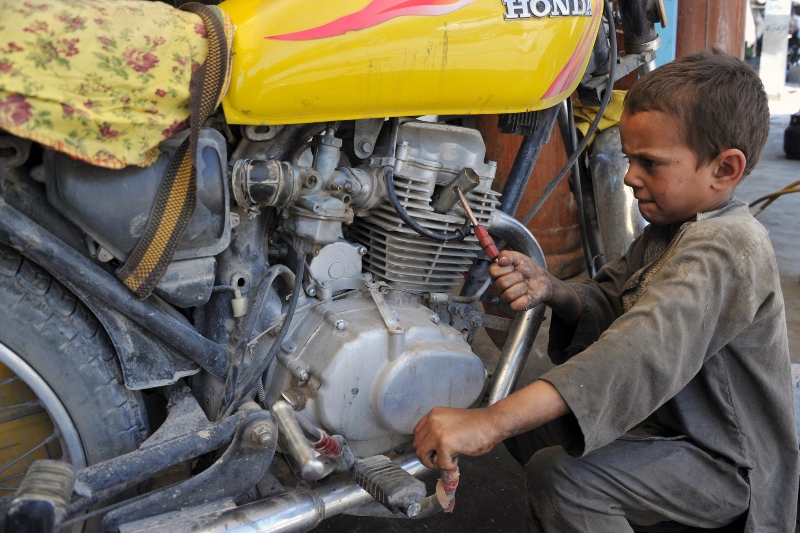 despite calls for change, child labor is common in the us

Children over the age of 12 can lawfully work on farms of any size with parental consent as long as they do not skip school, and those over the age of 16 working in agriculture can do professions that experts consider extremely hazardous. On small farms or family farms, there is no minimum age requirement for children to labor.

“Children as young as 12 are being employed to undertake backbreaking labour on American farms, putting them in danger of major injuries, heat stroke, pesticide poisoning, and even death,” said Margaret Wurth, a researcher at Human Rights Watch in the United States.

Some claim that the Fair Work Standards Act protects child labor in agriculture in the United States. Despite significant technical and automation improvements, as well as rising evidence of workplace risks, the Act has remained largely unchanged since its passage in 1938.

According to official statistics, US law enforcement authorities discovered 858 cases of child labor in violation of the Fair Labor Standards Act in 2019, and reports from some US industry associations estimate that there are approximately 500,000 child farm workers in the country.

At least 1,800 youngsters in the United States were hurt while farming in 2012. Agriculture-related incidents accounted for more than half of all workplace deaths in the United States between 2003 and 2016. Farm workers make up less than a fifth of America’s kid labor, but they were responsible for more deaths than all other child workers combined between 2003 and 2013.

In 2011, the Labor Department proposed updating agricultural hazardous work listings, which would have eliminated children from the majority of tobacco work. Interest groups, however, were outraged, claiming that the cost of labor would explode in agricultural output, and successfully persuaded the Department of Agriculture to cancel the planned regulation change.

Because they do not have the right to vote, the only weapon the public has to influence the government’s agenda, the estimated 500,000 child farmworkers cannot campaign for reform on their own, let alone form a constituency to which politicians can appeal in elections.

The failure to abolish child labor is not limited to the United States. The United States has ratified fewer conventions than the majority of other members of the International Labor Organization.

In an essay published Saturday on the Hill, Rebecca London, an associate professor at the University of California, Santa Cruz, and Catherine Ramstetter, founder of the U.S. non-profit Successful Healthy Children, called this unwillingness “an epic failure on the part of our country.”

“If only we sincerely thought that children have rights: rights that deserve to be made explicit so that they are regarded paramount in our institutions and policies,” they said, they would take steps to “rectify” the failing.

Washington has taken only a few key steps thus far. Even while not every child enjoys a conventional upbringing, far too many children’s lives are cut short. Few countries or governments, on the other hand, would sit on their hands for decades.