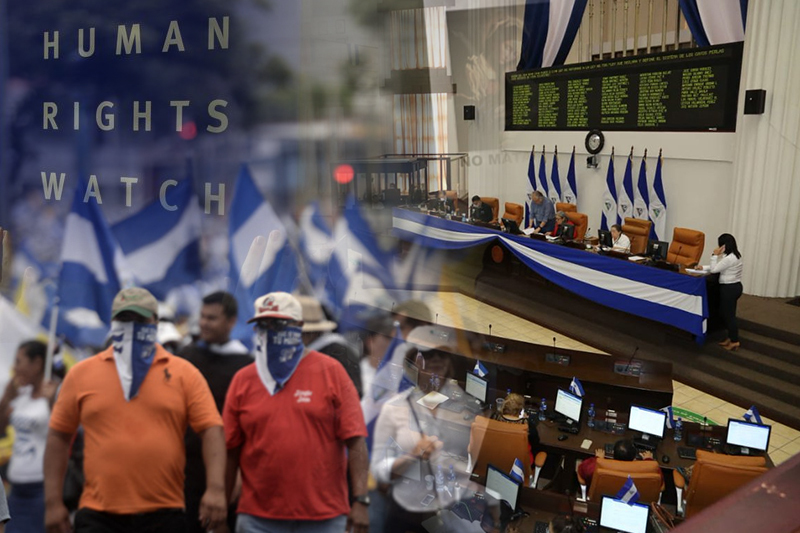 Nicaragua – Authorities of Nicaragua have shuttered down hundreds of non-government organizations, thereby underlining the people’s freedom of association and expression, and dismantling the civil society framework of the country, said Human Rights Watch. The global watchdog added that the governments, specially of Latin America, must take initiative over this concerning situation and condemn the action by Nicaraguan government to systematically dismantle the civil society framework in the country. This has left no critic group to independently check the country’s executive power.

A series of laws and resolutions have been passed by the authorities since June 6, 2022 targeting the non-government organizations. Under these laws, legal registration of over 770 such entities has been canceled, forcing them to shut down. These groups include medical associations and organizations that work on various issues like child protection, women’s rights and climate change mitigation.

“The Ortega administration in Nicaragua has systematically shut down human rights organizations and other nongovernmental groups to halt their efforts to expose abuses and the authorities’ inability to provide services to the Nicaraguan people,” said Tamara Taraciuk Broner, acting Americas director at Human Rights Watch.

“Nicaraguan authorities are so obsessed with wiping out civic space that they’ve gone after groups that provide critically important aid to poor communities in a country that has been severely affected by two hurricanes and a pandemic.”

A recent example of such crackdown is the decision by National Assembly to cancel legal registration of 100 groups. The action taken on June 30 says these groups had failed to submit “detailed financial statements,” the names of their board members, “prior international donations,” and “information on the identity and source of all donors,” and that they had failed to “promote policies of transparency, integrity, and public trust.”

The series of actions by authorities is part of a large scale effort by government to silence the voice of civil society groups and independent media in Nicaragua. The modus operandi is through repressive tactics like intimidation, abusive law and order, harassment, arbitrary detention and prosecution of rights defenders and journalists.