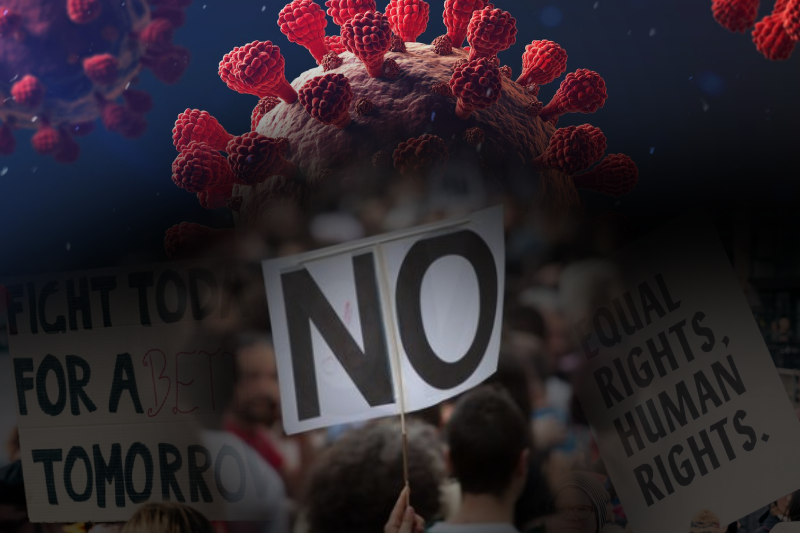 The global fight against corruption is declining. 86 per cent of countries are making no progress in tackling corruption. Several governments are accused of using the pandemic to erode human rights and democracy.

Transparency International’s annual corruption ranking published its report on Tuesday. The report indicated that countries that violate civil liberties consistently have low scores. Civilians suffer from human rights abuses which undermines democracy.  Many people challenged authorities and demanded democracy. However, they face violence when they protest against the leaders.

The 2021 index highlighted the connection between corruption, democracy and human rights, from the lowest-scoring countries to advanced economies. From the arrests of activists and journalists in Belarus to the closing of media outlets and civil society organizations in Nicaragua. It noted how freedom of speech is eradicated from those countries.

The report also raised concern over the government’s intensified control of the media. The report went on to say that the government harassed independent journalists and human rights activists in 2020. Journalists critical of the government were abducted, assaulted, shot or charged with sedition.

Reportedly, the Philippines has an exceptionally high murder rate of human rights defenders, with 20 killed in 2020. In the Middle East and North Africa, Transparency International found a high rate of corruption and human rights abuses. Reportedly, organized criminal groups routinely murder journalists and human rights defenders and the government often fails to protect their safety in those countries. The report noted that restriction of freedoms of expression, association, and assembly is a popular tactic to weaken societal checks on corruption.