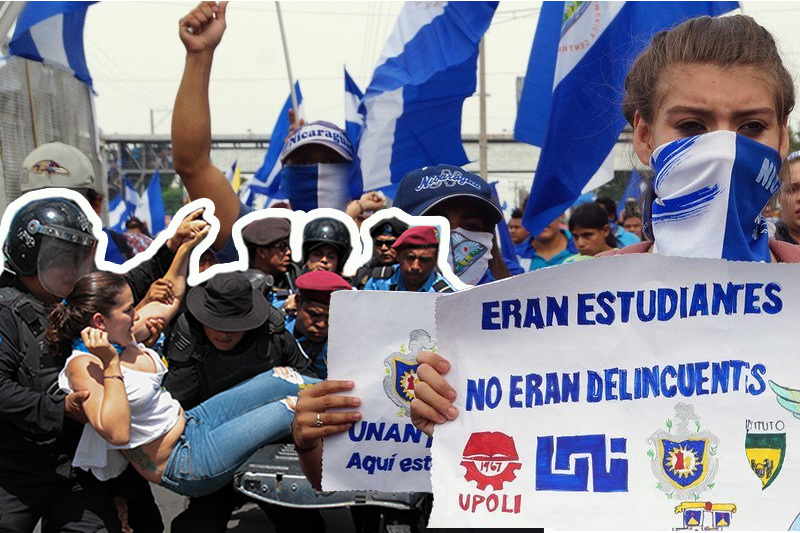 Nicaragua – Nicaraguan authorities have ordered an arbitrary shutdown of more than 700 civil society organizations, raising concerns over the chilling effect on human rights defenders and activists in the country. The concerns were raised on Friday by UN appointed independent human rights experts.

In a letter that was sent last Monday to the Nicaraguan Government, the group of 16 UN experts stressed that the action by authorities in South American country “represents a clear pattern of repressing civic space”.

The crackdown on human rights groups and defenders has been on a rise since last year in Nicaragua, that was expressed by the UN experts echoing the statement by UN High Commissioner of Human Rights. The experts have expressed shock and concerns over decision of National Assembly to shut down more than 700 shut downs, with 487 just in the past one month.

Since political protests against the administration of President Daniel Ortega began in 2018, the scope of NGOs to function has been compromised and significantly reduced. But the recent enforcement of a 2020 Law on Foreign Agents and a 2022 Law on Regulation and Control of Non-Profit Organizations (NPO) has further accelerated their closures.

“We regret to see that, once again, counter-terrorism and anti-money laundering legislation is being misused to unnecessarily and disproportionately restrict the activities of civil society and fundamental freedoms,” the experts said. They experts have stressed that the shutdowns of civil society groups have not only affected human rights organizations, with many working for rights of women and indigenous people, but has also impacted those promoting democratic values and tackling the implications of climate change.

“This situation will have even more devastating consequences for marginalized individuals and groups who rely on those services for their survival, for instance, rural and indigenous communities, children and youth, women, migrants and asylum seekers,” the experts said.

The experts have concerns that the closure of groups might accelerate already efflux of human rights defenders and activists from the country. “We urge the State to abstain from further closures and immediately reverse these severe restrictions on associations,” the experts said. “A functioning, well-established and diverse civic and political space is key in any democratic country”.