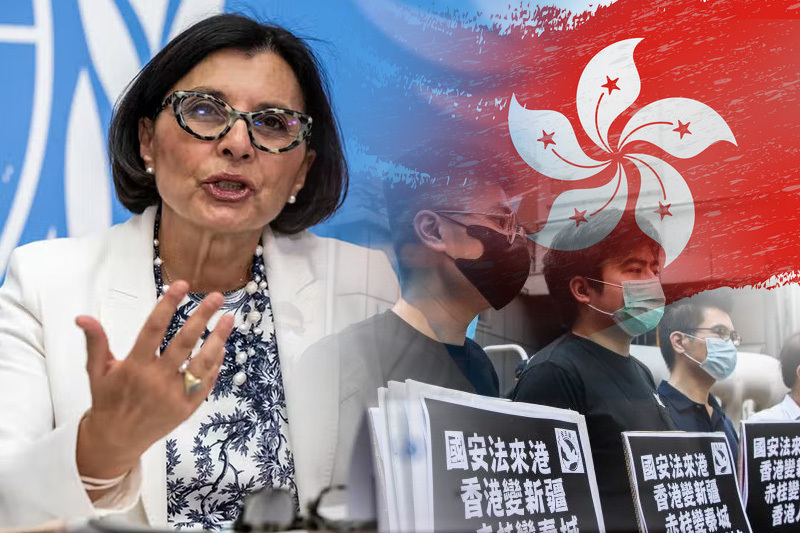 But the authorities in China and Hong Kong have backed the security law, that was imposed “overnight” in June 2020 by Beijing, citing its necessity to restore and protect the stability after pro-democracy and anti-China protests erupted across the HK in 2019.

The UN Human Rights Committee has underlined shortcomings in the NSL, including lack of clarity on how it safeguards the national security and transferring the cases to mainland China.

“There was a lot of discussions on recent legislation, including Hong Kong National Security Law. I think there was a constructive discussion on those issues and the committee did raise its concerns,” said Photini Pazartzis, Chairperson of the Human Rights Committee, at a press conference in Geneva.

“The Committee was deeply concerned about the overly broad interpretation of Hong Kong National Security Law, the NSL, which was passed by the National People’s Congress of China without consultation with the Hong Kong’s public,” said vice chair, Christopher Arif Balkan.

Mr. Balkan has added that since its introduction in 2020, the law has led to crackdown on children and arrests of more than 200 people, which includes 12 children.

“They gave us assurances, that there would be transparency, consultation in enacting a new security law,” said Mr. Arif Balkan.

The UN Human Rights Committee has published its findings on Hong Kong, China, and other countries, after the closing of its 135th session on Wednesday in Geneva. The Human Rights Committee “monitors States parties’ compliance with the International Covenant on Civil and Political Rights”, the UN News noted. Ratified by 173 States parties, the Committee comprises of 18 members who are independent human rights experts from across the world, serving in their personal capacity and not as representatives of the States parties.