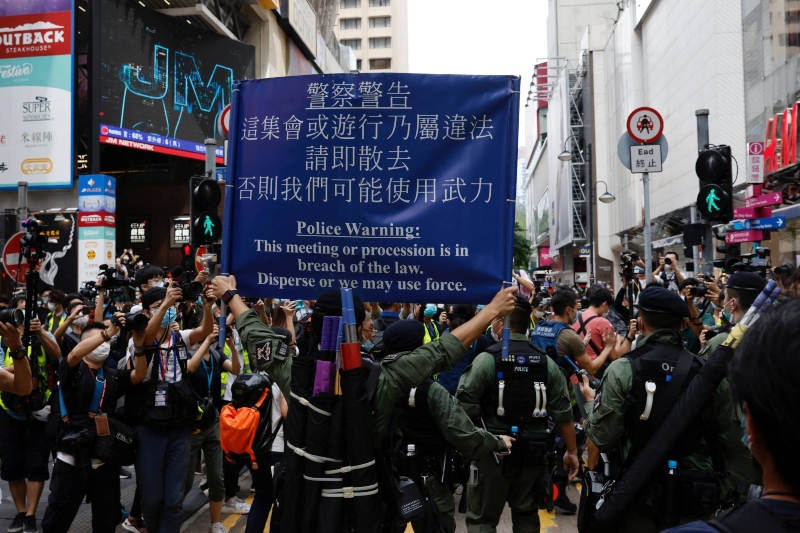 Hong Kong – People struggling for their fundamental freedom have been fleeing to Taiwan on boats in search of a safe haven as democracy has shrunk in Hong Kong since Beijing enacted the harsh National Security Law.

The People of Hong Kong were steadily losing their freedom with the enactment of the National Security Law, and dissidents and opposition members faced harassment and prison sentences, according to The Singapore Post.

Beijing is currently preparing to take control of Taiwan by dispatching military planes and navy ships to Taiwan in order to intimidate Taipei.

According to the reports, the globe has rallied around Taiwan, with the United States offering a threatening challenge to China’s military.

The media site reported that Lin Fei-fan, a former Hong Kong student activist who once took to the roads to demand democracy and freedom, escaped to Taiwan the same year Beijing enforced the National Security Law in Hong Kong.

He had joined the Democratic Progressive Party of Taiwan after realizing the significance of safeguarding Taiwan’s independence. He would most likely be in prison now if he had been in Hong Kong.

Recently, Chinese police have been threatening international groups with jail terms under the National Security Law for campaigning against human rights violations in Hong Kong.

After the London-based human rights group named – Hong Kong Watch revealed that it had received an official notice from Hong Kong police that they could face a financial penalty and its chief executive Benedict Rogers could face 3 years in prison sentence.

In Hong Kong, there have been multiple cases of crackdowns on the media and democracy campaigners recently.

Denise Ho, a Hong Kong Cantopop star and famous pro-democracy campaigner, was imprisoned by the national security police on 29th December, 2021, along with 6 other people, and charged of “conspiracy to disseminate seditious material.”

According to other news sources, another Hong Kong activist, Ma Chun-man, was jailed to 6 years in prison under the National Security Law on 12nd November, 2021 for promoting Hong Kong’s independence from China.

In a single stroke, the National Security Law changed Hong Kong from a lively democracy with a free-wheeling press and a vibrant culture of protests into a police state.