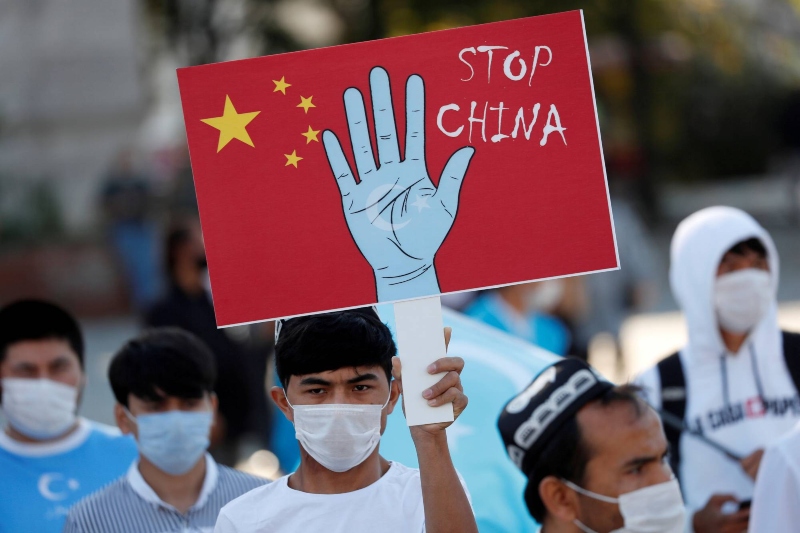 The Chinese authorities monitor their citizens’ Internet use. The Chinese authorities have also censored or imprisoned people for expressing their opinion on the internet. A Cybersecurity Law was implemented in June 2017, requiring all internet companies working in China to regulate content for Chinese citizens.

China’s ongoing genocide and crimes against humanity in Xinjiang

Many activists believe that the Chinese authorities have committed crimes against humanity in the Xinjiang region. China has been accused of committing genocide against the Uyghur population in this region. Genocide is a crime where acts are committed to destroying a religious group.

People are detained without trial, charge or access to legal aid

Arbitrary arrest of people is common in China. Many people are detained without any access to legal aid. The Chinese authorities detained two prominent human rights activists, lawyer Xie Yang and writer Yang Maodong ahead of the Beijing 2022 Olympics without any charges.

Domestic violence surged in China during the Covid-19 pandemic. In January, a viral video of a man beating his wife went viral on social media. Domestic abusers only get punished with 20 days of detention. There is no harsh punishment against the accused.

Over one hundred thousand Uyghurs, ethnic Kazakhs, and other Muslim minorities were subjected to forced labour in China in 2021. Later on, United States President Joe Biden signed a law to ban imports from Xinjiang and allowed for sanctions on individuals taking advantage of forced labour in the country.

The Communist Party members are banned from believing in or practicing any faith. The government only allows five officially recognized religions in approved religious sites: Buddhism, Catholicism, Daoism, Islam, and Protestantism.

China is the world’s top executioner by far

China is currently the leading executioner in the world. China imposed the death penalty for non-violent crimes and unfair trials for decades. Experts believe that thousands of people are put to death every year despite accurate figures remaining a secret.

These are the top 7 facts about human rights violations in China. What do you think about China’s ongoing crimes against humanity?