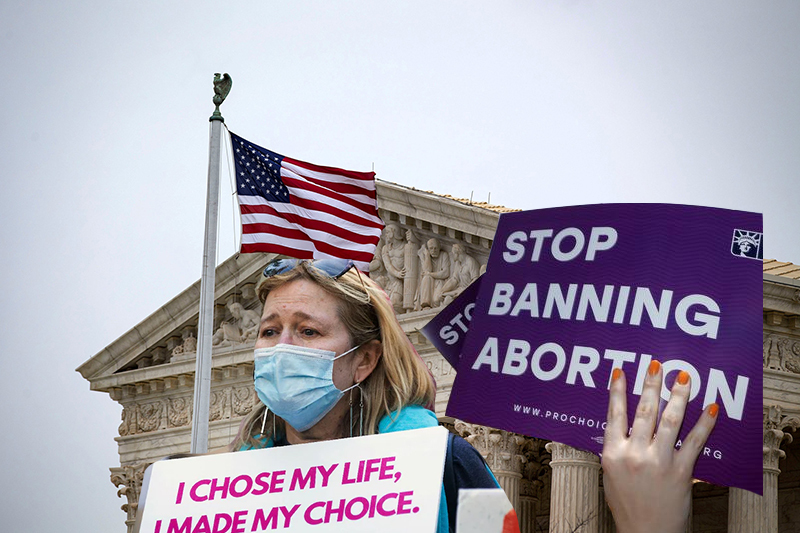 United States – The United States (US) Supreme Court, on Friday, struck down the historic Roe vs Wade judgment that had institutionalized the constitutional right to abortion in the country.

After the verdict, women in America no longer have the fundamental right to seek an abortion in the country. The verdict will transform America’s political, legal and social landscape. Missouri is the first American state to ban abortion.

US abortion ruling is a huge blow to women’s rights

The judgment drew widespread criticism. UN Women also criticized the ruling. In a statement, the United Nations Entity for Gender Equality and the Empowerment of Women (UN Women) said that “reproductive rights are women’s rights and human rights.”

US President Joe Biden also said that the SC had taken away a fundamental right. He termed the verdict a “tragic error”. He said that the verdict will force women to have children even in cases of rape. “The court literally is taking America back 150 years,” he further added.

During the 1973 Roe v Wade ruling, the court said that the country could not ban abortions before fetal viability, the point at which the fetus can survive outside the womb. That was around 28 weeks at that time, and now it is around 23 weeks, because of improvements in medical technology.

The ruling was triggered by a case which involved a Mississippi legislation that banned abortion beyond 15 weeks. In 2018, a state law was passed in Mississippi in the US that banned nearly all abortions after the first 15 weeks of pregnancy. This law was even applicable to those who got pregnant because of rape.

At that time, most Americans opposed an outright abortion ban and supported the Roe V Wade ruling.