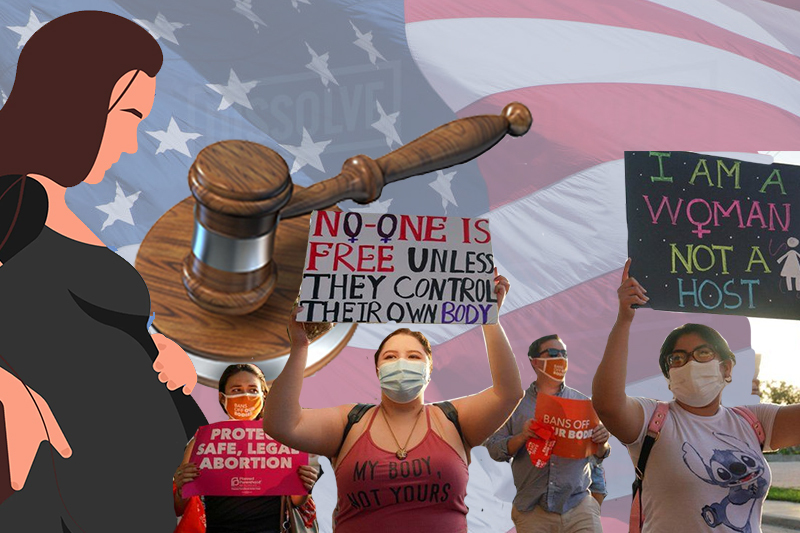 United States – The Supreme Court of the United States has savagely violated a woman’s constitutional right to an abortion in one fell sweep. With a 6-3 conservative majority, the court was able to make a conclusion that was equally political and judicial.

President Joe Biden and the leaders of several other western nations have rightfully criticized the court for disregarding precedent and overwhelming public opinion in overturning the 1973 Roe vs Wade decision, which had increased equality and freedom for millions of Americans.

As 26 of the 50 states move to restrict access to abortion or outright outlaw it, the fiercely polarized United States is being forced into a virtual civil war over the issue. The 1973 decision granted women the right to an abortion during the first three months of their pregnancy, with limited legal restrictions permitted during the second and third trimesters.

This instantly raises concerns that unlicensed “backstreet” abortions might jeopardize the lives of expectant mothers as well, and that women in Republican states might have to live in fear of facing legal consequences if they decide to get an abortion in a state where doing so is still lawful.

Donald Trump has been heard bragging about the stealing of a right to dignity and the autonomy of a woman to decide what happens to her body after initially stating rather coyly that it was “God’s decision.” And given that he was successful in choosing three new judges with a hard-right outlook for the top court, Mr. Trump must feel justified in bragging about it.

It is unnecessary to speculate on how tempted populist and authoritarian regimes might be to imitate it, even if it would simply give them more control over half the population. As the court’s judgment resonates well beyond the US, which until recently was one of 56 nations where abortion was permitted at a woman’s request, a world that looks to America, at least for such things as personal freedoms and gender equality, may get very different notions.

A common belief among them is that a woman, not the state or parliamentarians, should have the legal right to decide whether to end a pregnancy. Prominent regions of the world have succeeded in raising human rights to acceptably modern levels by establishing the right to abortion. The current composition of the court that dabbled in constitutional concerns that were agreed upon nearly 50 years ago provides insight into how obviously political the US ruling is.

Fears may be prevalent only in matters of gender preference, such as parents being known to favor male infants and abortions being biased as a result in India, where abortions have been legal since 1971 and women have been provided free access to legal abortion clinics. However, in a nation where women have had equal rights in the majority of spheres of life, it should not be permitted to sow any backward beliefs following the foundation of a hard-won right to choice for women.

The US will pay the price for this, possibly for decades to come, as abortion is illegal in more than half of the nation. The US has dropped in everyone’s estimation since Roe v. Wade and Planned Parenthood v. Casey were overturned. It will engage Americans in a political and judicial battle over abortion legislation, dulling its radiance as a beacon of freedom.