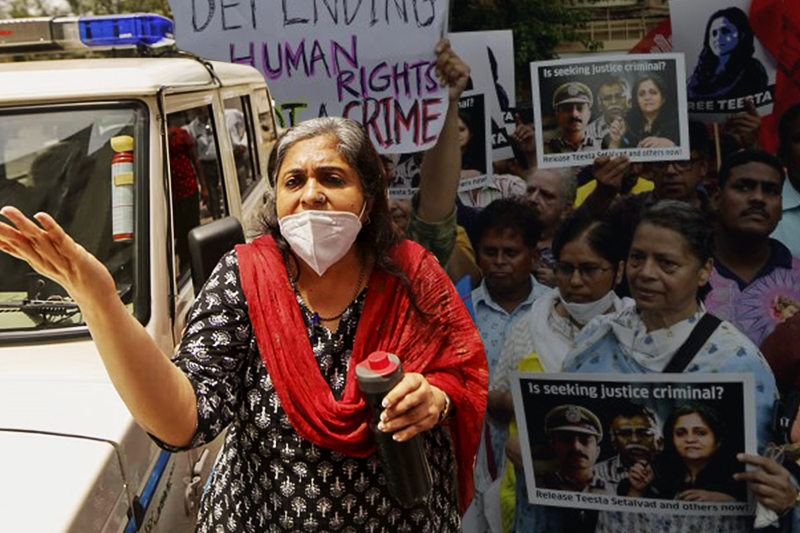 India – At the approaching UN Human Rights Council meeting in Geneva in November, a group of human rights organizations has stated that India will be questioned about how it treats human rights advocates.

The Working Group on Human Rights in India and the U.N. (WGHR) demanded the activist Teesta Setalvad be ‘immediately released’ claiming that several U.N. human rights representatives had urged India to safeguard the safety of human rights advocates.

“India will be required to respond to the comments and recommendations from U.N. member states on the issue of human rights defenders when it appears before the U.N. Human Rights Council for its fourth review under the UN’s Universal Periodic Review in November 2022,” according to a statement from the WGHR.

The United Nations has a tradition of conducting Universal Periodic Reviews of its member nations. This process, which all members must go through, exposes them to inquiries and observations from other members. The group emphasized that the International Covenant on Civil and Political Rights will be reviewed by the Human Rights Council, and that India has “obligations under the international human rights agreements that it has ratified.”

“Teesta Setalvad, a member of WGHR, is to be released right away. Additionally, it demands the release of Sanjiv Bhatt and R.B. Sreekumar. The Indian state must stop routinely pursuing human rights advocates,” The WGHR said.