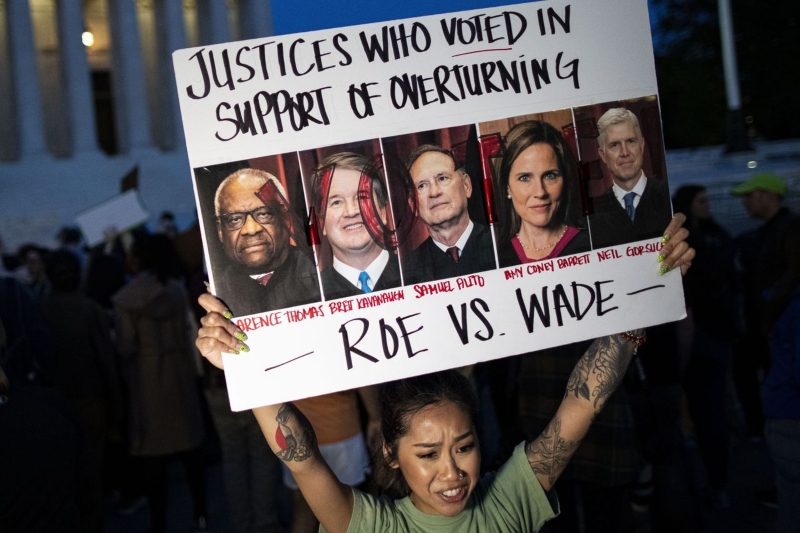 United States – Earlier this week a leaked document from US Supreme Court hinted the likely cancellation of Roe v Wade, the 1973 landmark ruling that had made abortions legal in the United States. Justice Samuel Alito’s leaked draft opinion sets his belief that the 1973 ruling had been “egregiously wrong from the start”.

This has triggered wave of testimonies of scores of women sharing their own termination stories. Joining are many celebrities who share their powerful abortion stories to make voices heard of countless American women who will lose their right to choose.

Here is a list of 10 celebrities sharing their side of story.

Sharing her story, 27 year old songwriter and singer tweeted, “I had an abortion in October of last year while I was on tour.” She added, “I went to planned parenthood where they gave me the abortion pill. It was easy. Everyone deserves that kind of access.”

Since her support, many women have thanked Phoebe for speaking out for the cause. One women tweeted, “Thank you for sharing even this little bit of your story with us. it’s so important.”

36 year old model Tess shared her story of abortion on Instagram. “I’m from Mississippi, living in California, married with 2 kids, & I had an abortion. My mental health couldn’t handle being pregnant again & I made the best decision for ME & ultimately my family.” She elaborated, “It wasn’t the ‘easy thing to do’, it was excruciating on many levels, but necessary. Do I regret it or question my choice? Not at all.”

Williams, 59 year old actress shared she got pregnant while in high school and decided to terminate. “I knew in high school that’s something that I was not prepared to do, or fight, or struggle with.”

Rapper Nicki Minaj shares she got abortion after getting pregnant in high school while dating an older man. “I wasn’t ready. I didn’t have anything to offer a child.”

Comedian Gadsby terminated when she got pregnant after being sexually assaulted. “I was assaulted, raped and very, very vulnerable,” Hannah said. “How was I going to raise a child? I would have ended up dead. How is that pro-life? You can’t say women can’t have abortions and then provide absolutely no infrastructure to help them.”

Handler has shared in a personal essay for Playboy’s “Freedom Issue” that she had two abortions at age of 16. “Of course, the idea that I would have a child and raise it by myself at that age, when I couldn’t even find my way home at night, was ridiculous. My parents recognized that, so they acted like parents for one of the very first times in my life and took me to Planned Parenthood.”

Talking on her show ‘Busy Tonight’, Philips said, “I had an abortion when I was 15 years old and I’m telling you this because I’m genuinely really scared for women and girls all over the country.”

Jamil, The Good Place star, had tweeted her story against Georgia bill that had criminalized abortion. “I had an abortion when I was young, and it was the best decision I have ever made. Both for me, and for the baby I didn’t want, and wasn’t ready for, emotionally, psychologically and financially.”

Explaining the consequences, Jamil said, “So many children will end up in foster homes. So many lives ruined. So very cruel.”

Jameela Jamila again wrote on Instagram after leaked document, “Abortion saved my life. It was not hard for me, I live with zero regret, only deep relief and gratitude.”

“When I was younger I had an abortion. It was the smartest decision I could’ve made, not only for myself & my boyfriend at the time, but also for this unborn fetus,” Kelly had wrote in 2019 on Instagram.

“For a baby to’ve been born to two people — too young and completely ill equipped — with no means or help from family, would have resulted in a child born into an unnecessary world of struggle. Having a baby at that time would have only perpetuated the cycle of poverty, chaos and dysfunction I was born into,” she added.

Palmer had tweeted in 2019 against Alabama Law that had banned all abortions, including for victims of rape. She shared her decision to get abortion at age of 24, “I was worried about my career responsibilities and afraid that I could not exist as both a career woman and mother.”

World is indeed getting a scary place to live. Everyday lawmakers pass laws that ‘they’ deem are fit for society, but the truth is quite opposite.