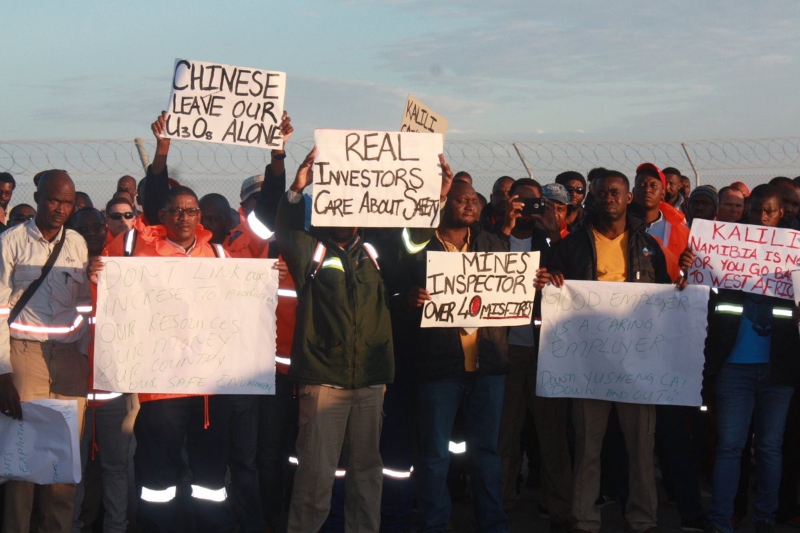 namibian labors are becoming victims of the tyranny of foreign employers

China – Concerns have grown over the years over unfair Chinese labor conditions in Namibia, with numerous incidents of poor and severe working conditions recorded around the country.

Many people believe that the government as well as labor unions need to do more to ensure that employees are protected.

A standard work visa permits a foreign national to live and work in Namibia for a specified employer in any position that cannot be performed by a Namibian citizen and even permanent residents, theoretically.

The employer must prove that no suitable local candidates were available to fill the vacancy.

What are the views & statements of Labor Researcher Herbert Jauch?

Herbert Jauch, a labor researcher, argued that the elements of the labor Act relating to workers’ rights can’t be left to employers’ free acceptance.

“The widespread abuse of workers’ rights at both international and domestic enterprises demonstrates the weakness of our enforcement system.”

That neither formal procedures of conflict resolution through the labor commissioner’s office nor the activities of trade unions have assured workers’ rights are respected.

“Several articles of the labor Act will remain to be violated until state institutions and employees’ self-organization in the shape of trade unions improve,” Jauch said.

There have also been numerous instances of Namibian employers misusing their position of power and engaging in unfair labor activities against their fellow countrymen.

Workers are afraid of persecution and retrenchments, according to Jauch, who added that this is extremely true in the context of huge unemployment.

What are some disgraceful incidents?

Former President Hifikepunye Pohamba denounced Chinese nationals who defecate in plastic shopping bags and then instructed their Namibian employees to throw the bags of feces and urine in public rubbish bins in 2013.

A Chinese supervisor at Otjiwarongo in the Otjozondjupa area was reported at the time of urinating in a plastic bag and ordering a subordinate staff member, a Namibian, to dispose of the waste in a trash bin outside the store in the central business region.

With youth unemployment reaching 47 percent, demand for jobs has raised hostility among some unemployed Namibians.

According to him, the Namibian economy’s fundamental failure and unsuccessful operations over the years to produce several thousands of new employment have left many Namibians in a terrible condition.

This is why strong workers’ organizations, particularly trade unions, are required to respond collectively.

Workers cannot resist their employers’ abuses on their own, thus effective self-organization is required to protect their rights and interests.

Furthermore, he stated that the labor ministry and its agencies must be aimed toward safeguarding workers from harassment by being able to act quickly and firmly against those who dehumanize workers.

Meanwhile, Jauch argued that Namibia’s socio-economic crisis is growing in general, and that this cannot be blamed just on foreigners.

Instead, he believes that the focus should be on transforming the economy’s structure, which includes domestic production and processing as well as heading toward a liveable wage.