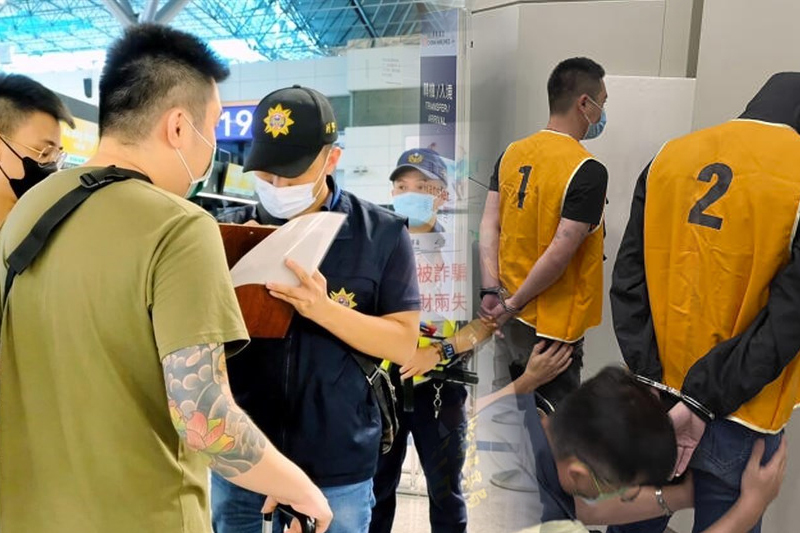 Taiwan – Hundreds of Taiwanese are among the unknown victims being held captive and forced to work on fraudulent telecommunications networks as a result of human trafficking operations in Southeast Asia. This was announced by the government of Taiwan. The police forces of China, Macau, Vietnam, Hong Kong, and Taiwan have united and launched a joint operation to rescue their citizens and stop human trafficking syndicates.

The traffickers, many of whom are linked to well-known triads, target mainly young people from Asia through social media, offering well-paid jobs and housing in countries such as Cambodia, Thailand, Myanmar, and Laos. Upon arrival, their passports are confiscated, and they are often sold to various groups and forced to work in offices engaged in illegal telephone or online fraud.

It seems that most of the victims came from Vietnam and Taiwan. Taiwanese authorities say nearly 5,000 citizens went to Cambodia and never returned. Police said they have determined that at least 370 of them were detained against their will, but the victims say the number is likely much higher.

At least 46 people have returned to Taiwan in recent months, with some reporting that they or others were forced to sign contracts, assaulted, raped, denied food and water, and frequently threatened.

Rescue efforts are made more difficult by Cambodia’s corrupt and inadequate police force. According to the investigation, there are Taiwanese, Chinese, Thais and Cambodians among the criminals.

In recent weeks, news about human trafficking has been widely reported in Asia. Last week, a viral video allegedly showed dozens of Vietnamese fleeing from a casino right on the border with Cambodia. Guards with sticks chased the crowd as they ran out of the building and jumped into the river to cross the border into Vietnam. One 16-year-old boy was reported to have drowned while escaping.

Taiwanese police say they have arrested at least 67 people in connection with human trafficking, including 16 on Monday for suspected links to local gangs.

Taiwan’s rescue efforts are made more difficult by their lack of a diplomatic presence as the Cambodian government recognizes Beijing’s disputed claim to Taiwan as a province. On Friday, the Chinese embassy issued a statement saying it would provide assistance to fellow Taiwanese who are said to be Chinese citizens.

Hong Kong police said last week that five people had been arrested as authorities set up a task force to help more than 30 identified victims. China said it was working with Cambodian authorities to rescue the victims, and 60 minors were recently rescued, including some from sexual slavery.