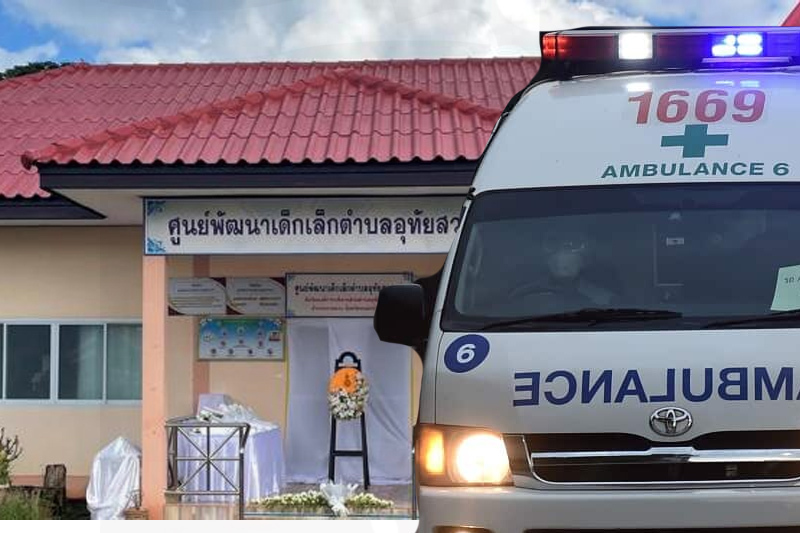 Thailand mourns a gun and knife attack on a kindergarten where a man killed children as young as two while they were sleeping. Flags across Thailand are at half mast as the country grapples with the tragedy.

Police say the 34-year-old assailant killed himself and his family after a manhunt. The motive for the attack is not yet known. But police said the assailant was fired from his job in June for drug use.

Prime Minister Prayut Chan-Ocha and King Maha Vajiralongkorn of Thailand are expected to visit the community in Nong Bua Lamphu province later on Friday with the Queen.

At night, gold-decorated pink and white coffins containing the children’s bodies were taken to the hospital mortuary in Udon Thani and laid out in rows. Rescuers previously delivered the bodies of the victims to the police station, where the families of the victims gathered. Distraught relatives also waited near the kindergarten until late at night.

Police said an armed assailant broke into the building just after lunch on Thursday, pushing his way past a teacher and a parent on the street. Witnesses said he first shot at the staff, including a teacher who was eight months pregnant, and then made his way past the teachers into the room where the children were sleeping.

Police said he stabbed most of his victims before fleeing. Principal Nanticha Panchum said she had just sent the children to take a nap when she heard gunshots.

The center usually looked after 92 children on site, but due to bad weather and a bus breakdown, only 24 children were there at the time. According to Ms. Nanticha, only one child survived.