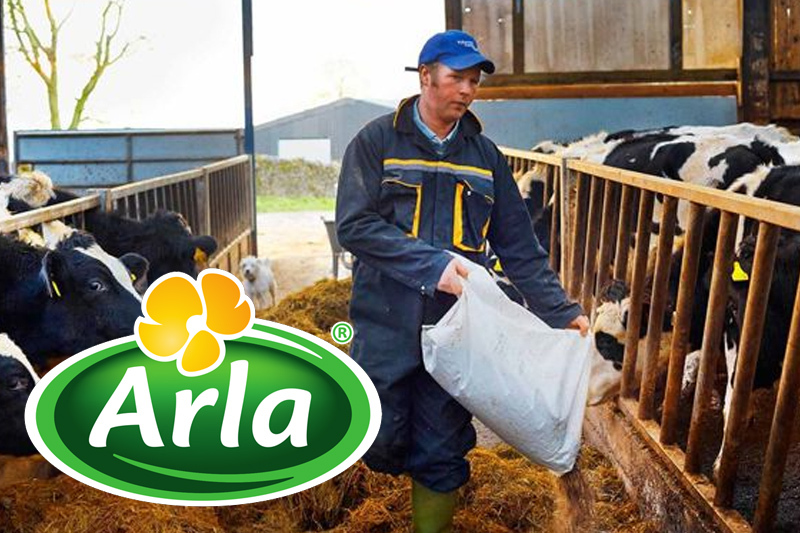 UK – Arla is introducing a “sustainability incentive” to promote and fund emission reductions on the farms of its 8,900 members based in the UK and six other European countries, including Denmark, Sweden and Germany.

Dairy cooperative Arla Foods has announced that it will pay its farmers more money for the milk they produce if they meet new environmental requirements. The goal is to help the cooperative meet its goal of reducing farm emissions by 30% for every kilogram of milk produced by 2030 and achieve zero carbon emissions by 2050.

The launch of the incentive, which will be paid to farmers from July 2023, marks a major shift in the cooperative’s milk pricing model, linking the amount received by each individual milk producer to their sustainability efforts. “The milk price Arla farmers will receive for their milk will not only depend on fat, protein and quality, it will also depend on their activities on sustainability,” said Arla’s chair, Jan Toft Nørgaard.

Arla members, including 2,300 UK dairy farmers, will be able to access additional pay by earning points based on the number of activities they perform on their farms, in line with co-op models. Those who fail to improve their resilience and score below average will see a reduction in the money they are paid for milk.

Farmers can earn points for their actions in different areas, including the efficient use of protein and fertilizers, animal feed, manure delivery for biogas production and the use of renewable electricity. score, but not more than three euro cents.

When the scheme is launched, producers will be able to score a maximum of 80 points out of 100 possible in the future. The highest points will be given to those activities that can have the greatest impact on climate and nature. For the average farmer producing around 1.2 million kg of milk per year, around €26,000 (£22,840) in milk prices will depend on his sustainability activities.