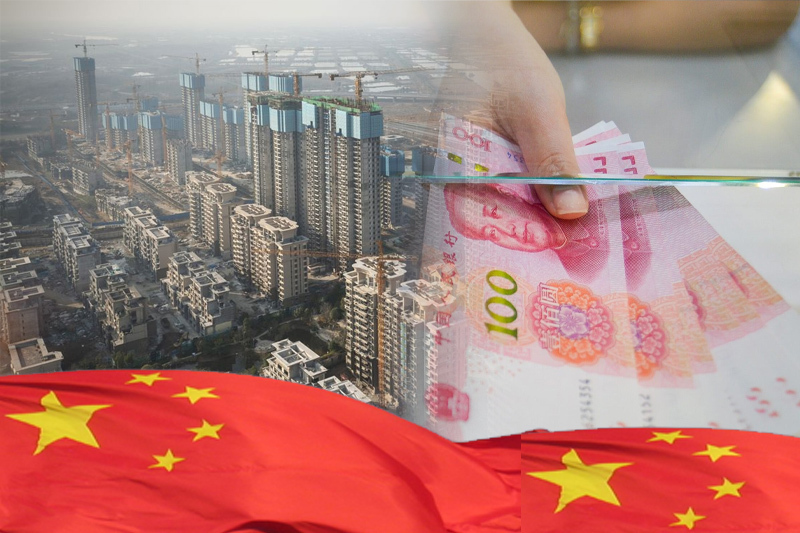 China – Buyers’ anger at unfinished houses was not limited to posters and chanting. Hundreds of them stopped paying their mortgages, a radical move for China, where dissent is unacceptable. So some say that after the first installment, the developer abandoned the project, and construction stalled.

“I have imagined countless times the joy of living in a new home, but now it all feels ridiculous,” said one of the victims, who never made it to her apartment.

Many of these people can pay but choose not to, unlike the 2007 US subprime mortgage crisis, when money was lent to high-risk borrowers who then defaulted.

The amount of boycotted loans could be $145 billion (£120 billion), according to S&P Global estimates. Other analysts say it could be even higher. The market is already under pressure from a slowing economy and a severe cash crunch.

Why does China’s property crisis matter?

China’s economy is slowing down, to be exact, in the last quarter it grew by only 0.4% compared to the previous year. Some economists do not expect growth this year.

The size of China’s economy means that disruptions in a market as important as real estate could affect the global financial system.

“It will all depend on the policy,” says Ding Shuang, head of Greater China economic research at Standard Chartered. “Unlike in other parts of the world where property bubbles break because of the markets, this is government-inflicted.”

Thirty real estate companies have already missed payments on foreign debt. Evergrande, which defaulted on its $300 billion debt last year, has been the most vocal victim. If sales don’t pick up, other companies may follow suit