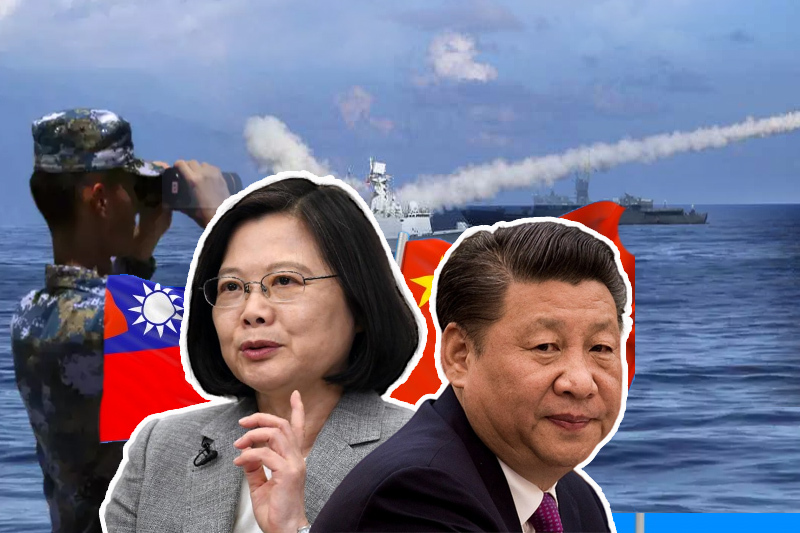 Taiwan – The Chinese military exercise, which was scheduled to take place in six zones around the island, began on Thursday and was scheduled to last until Sunday noon local time in Beijing, Chinese state media reported.

China’s Eastern Theater Command said Sunday around noon local time that it had conducted a live-fire exercise in the waters and airspace around Taiwan as planned.

The Taiwan Ministry of Defense said 66 Chinese military aircraft and 14 Chinese ships were found in the Taiwan Strait area on Sunday. The statement also said that 12 planes crossed the median line after entering the airspace around Taiwan.

Earlier, the ministry called the exercise a simulation of an attack on the main island of Taiwan and Taiwanese naval ships.

The Ministry of Defense added that the Taiwanese military monitored the situation and deployed aircraft and ships to respond properly to Chinese military exercises around the island.

In addition to the exercises, Beijing also applied a number of diplomatic sanctions, including canceling future phone calls between Chinese and US defense chiefs and suspending bilateral climate talks.

Readers should be reminded that the Chinese Communist Party considers self-governing Taiwan its own territory, despite never having control of it, and has long vowed to reunite the island with mainland China—by force if necessary.

Previous exercises have seen a number of air and sea operations around the island, including Thursday’s launch of 11 ballistic missiles, some of which overflew the island of Taiwan and landed in Japan’s exclusive economic zone.

On Friday, 68 Chinese warplanes were registered in the Taiwan Strait. Of these, 49 entered the Taiwan Air Defense Identification Zone.

“Not only Taiwan but other countries in the region as well as freedom-loving countries like the US and so on have vehemently protested and condemned China’s arrogant military operations disrupting regional peace and stability,” said Taiwan’s premier Su Tseng-chang. “We call on the Chinese government to not flex its military muscles and disrupt regional peace,” he said.

A US National Security Council spokesperson on Saturday called China’s recent military activities around Taiwan a “significant escalation in China’s efforts to change the status quo.”