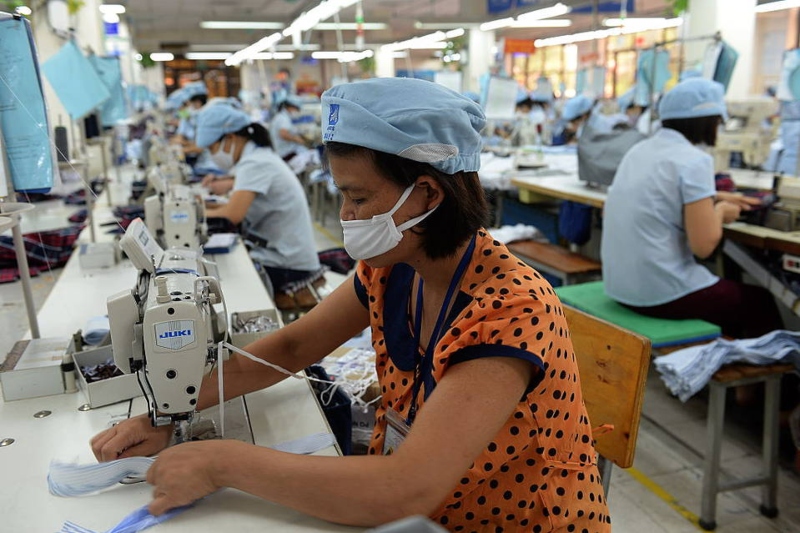 Vietnam – Recruitment fees for Vietnamese migrants are at an all-time high. While paying off massive debts to recruiters and working jobs at foreign businesses they can’t afford to lose, they risk debt bondage. Many work for prominent Western businesses’ suppliers, but we rarely hear about the plight of Vietnamese migrant workers supplying global supply chains.

Over the course of a half-year, twenty Vietnamese workers were interviewed for this tale. Nine people gave information about hiring practices and working conditions. Recruiting fees were not reimbursed to any of the 29 workers. For the sake of anonymity, the names of all workers mentioned in this article have been changed. To protect the workers, the identities of the manufacturing businesses where they work have been removed.

In this story, you are Minh, a fictional character based on the accounts of our interviewees. All of the other employees mentioned are real. This is your story, but it’s also part of a larger story about recruiters and businesses exploiting thousands of Vietnamese job seekers. Hiring people from low-income Vietnam to work in high-income nations, particularly Taiwan and Japan, where elderly populations avoid unskilled manual labor, is big business.

Every interviewee for this piece was paid exorbitantly for their work. To put food on the table, many people borrowed large sums of money, had their passports confiscated, were subjected to draconian curfews (Taiwan), or hunted rabbits in adjacent woodlands (Serbia). Many suffer substantial forced labor dangers, as defined by the International Labor Organization (ILO), the UN’s labor agency, but many would do it again if it meant a better future for their family.

While paying off their debts, some battle hard (sometimes physically) for their rights in the face of retaliatory managers, debts, and discrimination. Their experiences demonstrate the importance of forced labor dynamics in the global economy.

You, Minh, are now ready to travel. Everything is in order. Your family’s farm is mortgaged so you can pay the recruiter for your work in another country. In the remote Nghe An province, where many migrants come from, you say your goodbyes to your parents and siblings. You’ve just turned 21 and are fully prepared for the challenges ahead. At least, that’s how it feels.

The enormous industrial regions of Taoyuan, a special municipality abutting Taiwan’s capital, are a far cry from the paddy fields near Vietnam’s capital where you spent your childhood.

You are swiftly taken from the airport to your dorm bunkbed in Taoyuan, which is home to a substantial portion of Taiwan’s migrant worker population. During the brief ride, you recall passing multiple factories of all sizes. You start working 12-hour shifts on the production line two days later.

“It all happened so quickly.” Tuan, of a nearby factory, once told you, “I was extremely exhausted in the beginning and felt so lonely, even though I had hundreds of fellow countrymen in my dorm,” but the words could be yours now.

Tuan started working for Manufacturer A in late 2019, shipping millions of kilos of raw plastic and polyesters to companies like Continental, Dupont, DSM, and Niagara Bottling, a bottled water supplier to Walmart, Costco, and dozens of other retailers.

Tuan, like you, is single and traveled to Taiwan to help support his family back home by remitting a portion of his monthly earnings. However, they had to wait almost two years to profit from his earnings. First, he had to repay a $7,700 loan he took out to cover $6,500 in recruitment fees and other expenses, which equated to three to four years of work at Vietnam’s minimum wage of $130-170 per month.

A few of his coworkers join in on the conversation. For three-year contracts, they paid equivalent amounts to local agents. Everything is paid in full right away. Everyone had to rely on borrowing. Some people took out mortgages on their family’s land plots. When their contract ended, some even paid twice since they returned to Vietnam to obtain a three-year extension through recruiters. Some have only lately arrived and are still paying.

When it comes to contracts, you didn’t get one from the recruiter. You never gave it much thought. So, what’s the point? Upon arrival in Taiwan, you were required to sign a new contract. According to one of Tuan’s coworkers, the recruiter in Vietnam told him not to read it and instead sign it and a blank piece of paper. He was never told why, and he didn’t dare to inquire.

Tuan, like you, has to pay off loans while also having 6-7 percent of his monthly base wage deducted for Taiwanese brokers, which is permitted in Taiwan, and another 10% for the dorm and meals. The broker fee is withdrawn immediately from his bank account rather than being noted on his pay stub. Tuan and his coworkers are also punished for disobeying dorm or factory restrictions, which reduces their earnings even further.

Weeks turn into days. Weeks turn into months. You fall into a pattern. The initial fatigue is no longer present. You go shopping at malls or marketplaces on your weekly day off. You mostly interact with other Vietnamese people.

Hien and other young workers from adjacent Manufacturer B, which makes electronics for automobile suppliers such as Bosch, Continental, Hella, Visteon, and Magna — all global Fortune 500 companies — meet you in a peaceful sanctuary in the monotonous industrial landscape.

Aside from securing loans to cover the $4,200-6,500 recruitment charge for their jobs, individuals were also required to pay a $1,000 deposit to agents back home, which is forfeited if the contract duration is not completed. They also cover the cost of the dorm, meals, and other expenses. Some people claim that paying off their loans takes up to a year and a half. Hien believes that working overtime will help him pay off his debt faster.

You are appreciative of your overtime. Everyone you encounter is reliant on excessive overtime, yet they don’t always get what they expect. Thinh, a former fisherman, paid $6,000 to recruiters to work for a Taiwanese screw maker, but found up working at a furniture factory instead. He rarely worked more than 50 hours per week, thus repaying his loan took him two years.

“I was quite dissatisfied with the lack of overtime because my parents had advised me that ‘you need a lot of money before you come back,'” he explained.

If working overtime is a shortcut to debt forgiveness, a supervisor’s rage is a detour. You have been treated well, while others, such as Dat, have not been so fortunate. He paid $6,000 for a job at an equipment manufacturer, but after being hospitalized due to a labor accident a few months after arriving in Taiwan, his debt became even more. He was responsible for the majority of the expenses. He lost his job and one eye’s vision, so he turned to illicit construction work.

“It’s all about avoiding deportation.” If you make too many mistakes or have an accident, as I did, you will be fired and may face deportation. It’s preferable to flee and become undocumented. “Is there any other way to receive money for the loan?,” Dat remarked.

Since the early 2000s, when Vietnamese laborers began to flood Taiwan’s labor market in increasing numbers, it has been the usual for them to pay exorbitant wages for jobs. According to Ministry of Labor statistics, Vietnamese now make up over half of Taiwan’s industrial migrant workers.