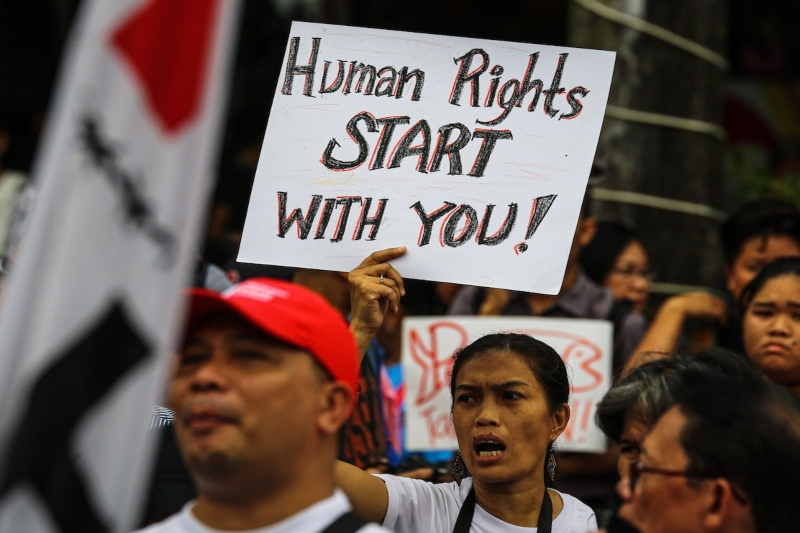 Philippines – Human Rights Watch recommended that Philippine President-elect Ferdinand Marcos Jr. should provide a transparent, inclusive process for selecting qualified and impartial human rights experts as commissioners for the national Commission on Human Rights (CHR). Marcos, who will be sworn in as the new president of the Philippines, is scheduled to make his appointments in the coming days.

The CHR is mandated by the Philippine Constitution of 1987 to investigate human rights breaches and promote human rights respect throughout the country. Marcos ran on a platform of misinformation about his family’s complicity in human rights violations during his father, Ferdinand Marcos Sr. dictatorship, and the nomination of the commissioners will be a key first test of his administration’s commitment to human rights.

“President-elect Marcos should pick commissioners who have demonstrated a commitment to human rights,” said Phil Robertson, Human Rights Watch’s deputy Asia director. “Given the severe human rights situation in the Philippines, these new commissioners should be independent and deeply dedicated to upholding the commission’s mandate and duties bravely and impartially,” he added.

The five-member commission’s mandate ended in May, making it the fifth group of commissioners since it was created in 1987. The Philippines Constitution forbids Rodrigo Duterte, the outgoing president, from appointing persons to executive positions less than two months before the presidential election on May 9. Commissioners serve seven-year terms and are not eligible for reappointment.

Human Rights Watch recommended that Marcos appoint an independent search committee to compile a short list of candidates for commissioners. Individuals with strong human rights histories and credentials should be identified by this committee. The Philippines’ human rights community and civil society should be encouraged to participate so that trustworthy candidates representing vulnerable groups, such as individuals with disabilities, the elderly, children, and LGBT people, can be selected. According to Human Rights Watch, forming such a search committee will assist ensure transparency in the process.

Although past administrations organized their own search committees for commission appointees, a former commission member told Human Rights Watch that the process was not transparent. The former commissioner stated that transparency “is something that we, as an institution and civil society, have been advocating for, preferably a panel that can look at the Paris Principles to assess applicants.” The Paris Principles, which were created in 1993, outlined the requirements for safeguarding national human rights institutions’ independence.

Following the ouster of Marcos Sr. in the “People Power” rebellion in 1986, the CHR was formed in response to massive extrajudicial killings, torture, arbitrary detentions, and enforced disappearances during the martial law period from 1972 to 1986. Many victims and their families are still waiting for justice and compensation in a few situations that have yet to be completely investigated.

Marcos Jr. will also inherit the tumultuous human rights situation created by Duterte’s merciless “war on drugs,” which has led in the extrajudicial killings of tens of thousands of Filipinos since 2016. Killings in the “drug war” have persisted since the May 9 elections, though the number of cases has decreased significantly. These killings are being investigated by the International Criminal Court as suspected crimes against humanity.

“By appointing independent, credible rights defenders as commissioners, Marcos is in a great position to steer the Commission on Human Rights in a favorable direction for the next seven years,” Robertson added. “By strengthening the commission rather than dismantling it, Marcos would help allay people’s concerns about human rights during his administration,” he continued.