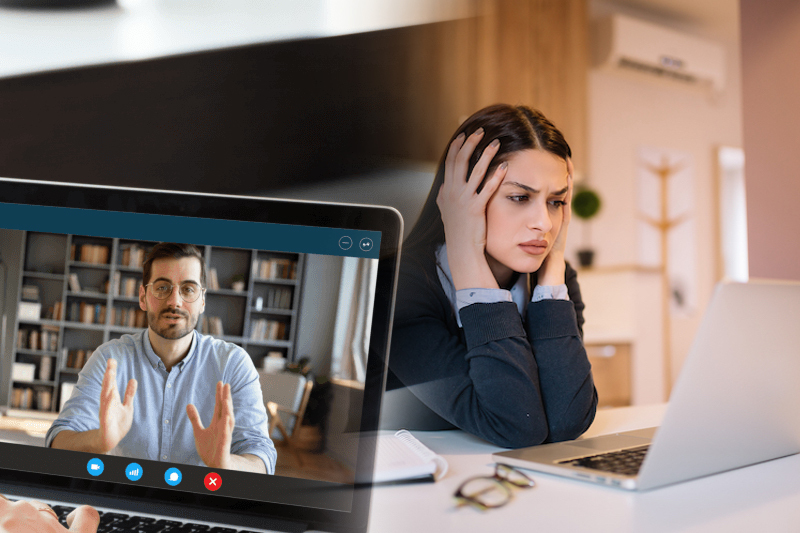 is bullying at remote work a myth or truth

Global – Of course, bullying has long been a problem in the workplace and covers a wide range of behaviors commonly associated with personal work. A familiar scenario might be an overbearing boss publicly scolding an employee for humiliating them, or a group of co-workers leaving the office together for lunch, deliberately leaving the other behind. Others use sarcasm and sharp language to put a colleague they don’t like in their place. Bullying has many faces and it manifests differently for everyone.

It is worth noting that the covid pandemic and the remote work that came with it helped many employees get rid of this feeling. However, there is also evidence that as companies increasingly shift to remote and hybrid models, workplace bullying is not only continuing but thriving, often in more sophisticated ways, especially as technology has opened up new opportunities for unkind behavior.

In fact, remote bullying is not a new phenomenon. Some evidence indicates that this problem was brewing even before the widespread transition to remote work.

A January 2020 study by HR advisory body of the Chartered Institute for Personnel and Development (CIPD) found that 10% of workers reported being bullied via email, phone, or social media.

Therefore, the spread of remote bullying did not come as a surprise. She believes that the sheer number of digital channels available gives people more opportunities to be bullied or feel like victims of inappropriate behavior.

A 2021 survey by The Workplace Bullying Institute found that 43% of 1,215 U.S. remote workers reported being bullied in the workplace, mostly through video calls and email. A quarter of all respondents concluded that working remotely during Covid-19 increased the likelihood of colleagues mistreating each other.

In the UK, the number of bullying claims filed with the Employment Tribunal hit an all-time high in 2022, up 44% from the previous year.

Also Read: Is Consumer Services A Good Career Path In 2022

Remote bullying in front of colleagues can be not only humiliating but can also increase the feeling of disconnection from the team as a whole. When face to face, peers can intervene to stop the bullying by showing support for the victim or disagreeing with the bully. But this is harder to do when people are on a video call. In such cases, a person feels separated from the general situation.

In fact, some remote colleagues may not even be aware that there is a problem. Aggressive behavior is less likely to be seen in a digital workplace.

Lack of intervention can lead the target worker to feel that their teammates approve of the aggressive behavior, even if they do not. And after an incident, remote workplaces offer fewer opportunities for informal communication with colleagues to discuss what happened.

Before the pandemic, the group most likely to be responsible for workplace bullying were managers, who accounted for 40% of all incidents according to the same CIPD study. In 2021, a study by the Workplace Bullying Institute found that the same applies to remote work, with managers responsible for 47% of reported cases of bullying.

For remote workers stuck in workplaces where bullying is a problem, one option is to take the issue to Human Resources, especially if the perpetrator is a boss.

People who speak up can also do what personal victims often cannot: provide evidence of bullying messages, emails, and call logs. One of the key things that separate cyberbullying from traditional bullying is that you usually have a trail of evidence.