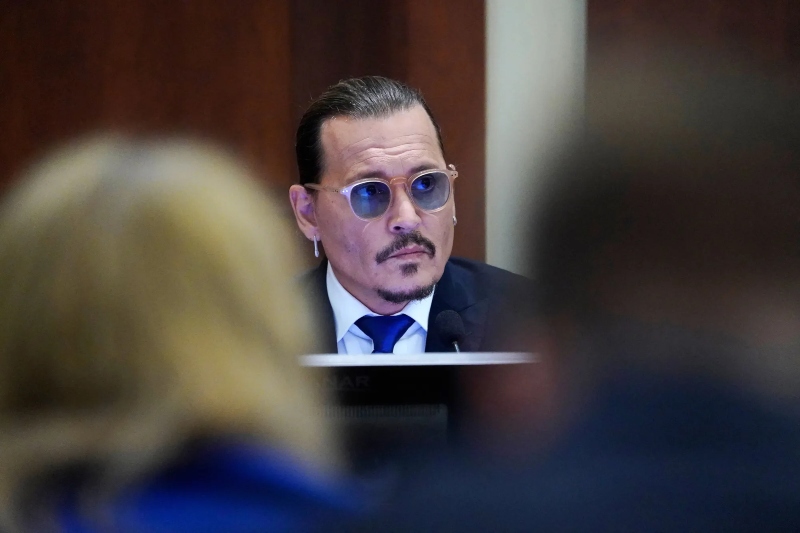 Wednesday will be marked as an unprecedented day in history of American, as well as world’s court of law when a male victim won the case against his abuser in court, and even more he was brave enough to go to court in the first place seeking justice.

The jury in Virginia’s Fairfax court gave its verdict on the defamation suit filed by Johnny Depp against his ex-wife Amber Heard over the op-ed done by Ms. Heard published in The Washington Post. The verdict was given in favor of Mr. Depp on all counts except one. This has exposed a tale of domestic abuse that we all know is true, but still are in denial – males can be victim too!

A new tangent to #MeToo movement

Final days into the six week trial, many men came forward to being familiar with the abuse and denial around the whole idea of males being victims of domestic abuse and violence. Many men shared their similar experiences and underlined how this trial is a pivoting milestone and defining moment in the fight ahead where men too will be heard. Some victims shared how ‘heard’ and ‘brave’ they felt when Mr. Depp first filed charges against Ms. Heard and revealed how in fact, he was the victim of his ex-wife’s abuse.

During the trial, a recording was played in the courtroom that is said to be a defining moment for many male survivors of domestic abuse. The audio has Ms. Heard saying, “Tell people it was a fair fight and see what the jury and judge think. Tell the world, Johnny. Tell them, ‘I, Johnny Depp, I’m a victim, too, of domestic violence, and it was a fair fight,’ and see if people believe or side with you.” To this, Mr. Depp responded in court that “Yes. I am.”… a victim of domestic violence.

This response in trial by a powerful and influential man like Johnny Depp “felt personal” for many men. “When I initially heard [about the case], I was a little shocked. I was like: ‘Wow. Who would’ve thought this could happen to Johnny Depp?’” recalled Tony Enos, a Philadelphia pop singer who shares of being a survivor of domestic violence.

Time for awareness, and acceptance

This trial, a win for victims of domestic violence in general, sheds light on how males too are victimized but fail to get help or even seek help because of multiple reasons – social stigma, for one, and if they seek help they are often dismissed as ‘just a rift between partners’. The reason is plain simple – males are viewed as more powerful and then assumed to not be the victim.

The verdict thereby highlights on this aspect of abuse as well. The only need is to socially accept it and remove the stigma around it. Raise awareness. Abuse is abuse, irrespective of who is the abuser and who the victim. “The awareness is everything,” Enos who also works as a counsellor to men who have survived domestic violence

said. “Men can be survivors of [domestic violence] and interpersonal violence, too.”