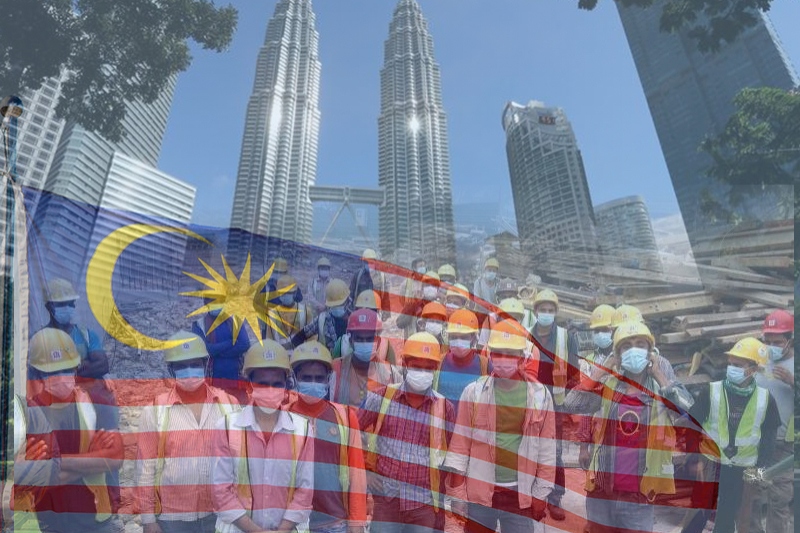 Malaysia – Economists have expressed concern that Malaysia is rapidly losing its attraction as a destination for migrant workers, despite the fact that several of the country’s most important industries were already experiencing a scarcity of labourers as a result of legal barriers to hiring foreigners.

They cautioned that failing to solve the problem quickly or refusing to do so would put Malaysia at risk of falling farther behind its rivals in the region in luring foreign investment, which would have “painful” repercussions.

Malaysia was a popular choice for employees from nearby, impoverished nations looking for better opportunities during the 1990s economic boom of the nation. However, this started to change following the Asian Financial Crisis and got worse as other countries in the area recovered quicker.

Some industries that relied on migrant labour, such the food and beverage industry, are now struggling in the wake of the Covid-19 outbreak as a result of the development and recent governmental reforms.

“Here, I see two things. First off, skilled workers find more opportunities at home than in Malaysia as our neighbours (Indonesia, Vietnam, and the Philippines) are growing too — and with markets of a different scale”. This was already the case before the Great Lockdown, according to Carmelo Ferlito, the chief executive of the Centre for Market Education (CME) and a senior fellow at the Institute for Democracy and Economic Affairs (Ideas).

“Second, during the past two years, the Malaysian government has made a concerted effort to make the nation less appealing to visitors, with more onerous requirements for hiring visitors, including competent ones. As you are aware, hiring an expat in Malaysia is currently only permitted if the promised compensation is greater than RM15,000 per month. If not, you must go through a difficult hiring process while being closely watched by the government, and you won’t be allowed to hire a foreigner until it has been established that a local worker is unqualified for the job.

Malaysia has upped the national minimum wage to RM1,500 for all workers—local and foreign—on May 1 under the gazetted Minimum Wage Order (MWO) 2022.

According to Ferlito, if the problem is not fixed quickly, it will compel nearby businesses to make some challenging adjustments, such as changing their business models or going out of business entirely.

The scarcity of over a million workers has caused Malaysian businesses, from palm oil plantations to semiconductor manufacturers, to turn down orders and miss out on billions in sales, according to a report from the news agency Reuters last month.

According to the report, which cited business representatives, industry associations, and diplomats, despite Putrajaya lifting its Covid-19 ban on hiring foreign workers in February, Malaysia has yet to see a significant return of the said workers because of the country’s sluggish government approval processes and protracted negotiations with Bangladesh and Indonesia over worker protections.

In essence, the market will find a solution on its own, but Ferlito emphasized that this suffering was brought on by absurd policies.

The development of Covid-19 was unrelated to the restriction on foreign labour; it was merely a populist reaction. In fact, there were relatively few Malaysian workers who took advantage of the jobs that were left unfilled by foreign workers.

When questioned why Malaysians weren’t filling these positions, Ferlito responded that there were other, less physically demanding jobs available to them.

He claimed that Malaysia’s economy had advanced to the point where local employees were no longer required for low-skilled occupations.