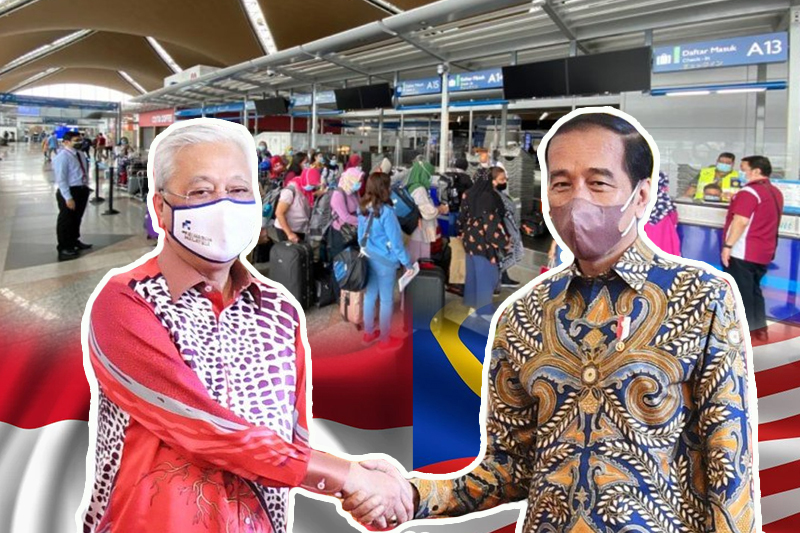 Indonesia – Due to what it believes was a violation of a Memorandum of Understanding (MoU) struck between the two countries on the entry of domestic workers from the republic, Indonesia has once again placed a ban on its citizens entering Malaysia.

However, people with valid work visas may leave Malaysia and return to Indonesia, according to Hermano, the ambassador of Indonesia to Malaysia. He claimed that a formal letter written yesterday informed Human Resources Minister Datuk Seri M. Saravanan of the decision and its justifications.

He said in a statement to the New Straits Times, “The minister has been advised of our intentions to reinstate a temporary moratorium on the recruitment of Indonesian workers in all sectors in Malaysia effective immediately.”

Indonesia put its employees on hold in December while the relevant MoU was being signed. When the MoU was signed by both countries on April 1 in reference to the employment and protection conditions for Indonesian domestic workers, the freeze was lifted.

Hermano claimed that the situation had been communicated to all Indonesian employment agencies. He stated that the Immigration Department’s ongoing use of the Maid Online System (MOS) in the recruitment of their employees constituted a violation of the MoU regarding the MoU breach by Malaysia.

He claimed that in order to preserve the welfare of domestic employees, the agreement mandated that hiring procedures follow the One Channel System.

He asserted that Indonesia had proof that the MOS system, which the republic and activists had rejected because it was said to offer inadequate worker protection, was still in use. Hermano reported that since the MoU was signed on April 1, the republic has only received 16 applications for domestic employees.

Meanwhile, he said that between 1,000 and 1,500 Indonesian labourers had arrived for various industries. He indicated that in addition to the 15,000 to 20,000 applications that had already been received, all new applications submitted starting today would be held on hold.

He claimed that in order to protect workers’ rights, the One Channel System gave the government information on the whereabouts of employees, the identities of their employers, and the details of their contracts.

Hermano claimed that the system only worked with government-registered agents from both nations and connected the hiring procedure between the two so that everyone was responsible.

He claimed that the Immigration Department could only provide an employment visa once the embassy approved the employment contract, which was a vital aspect of the recruitment and placement flow in the One Channel System.

However, he stated that anyone, even “illegal” agents, could bring Indonesian labourers into the country using a tourist visa thanks to the MOS system of the Immigration Department.

If the worker’s tourist visa was changed to an employment visa or even if she had a contract at the time the application was completed, it is impossible to determine whether she was underage.

According to Hermano, the MOS permitted Indonesian women to “disappear” into Malaysian houses, with some of them never being seen or heard from again.

He further asserted that numerous people were subjected to forced labour techniques and held against their will.

Hermano expressed his doubt that Malaysian businesses would take the chance of an increase in trafficking as a result of the labour shortage.

Indonesia will not hesitate to file complaints against such companies because Malaysia is a significant player in the global supply chain. Companies that hire undocumented migrant workers risk losing out on deals with customers or having their goods seized at ports of entry in nations like the United States.

Hermano expressed his disappointment that the MoU was violated in just a few months after so much work.