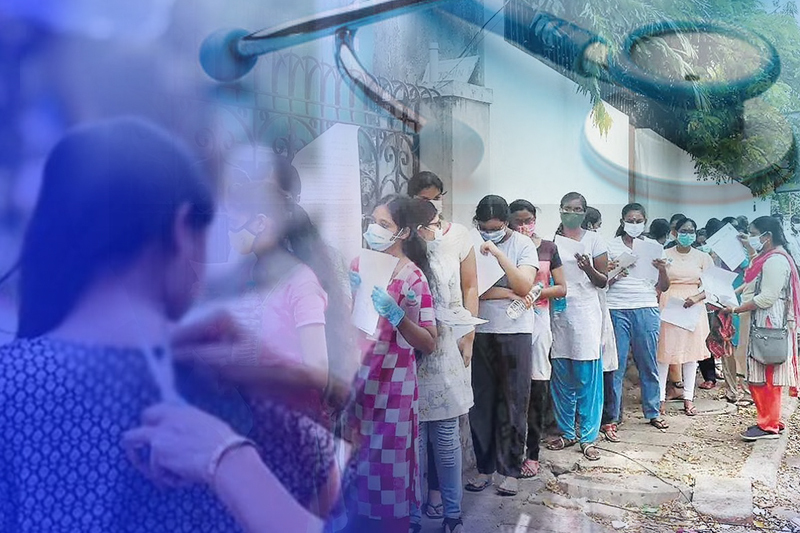 The whole incident came to light on Monday. A girl’s father told the Indian media that her daughter had suffered a traumatic experience because of the incident. She had to write the 3-hour-long examination without her bra. It made her uncomfortable and she could not write the exam properly.

The FIR was registered based on a complaint from this girl’s father. She reportedly appeared for the NEET exam at a private educational institute in Kollam district’s Ayoor town on Sunday.

Girls asked to remove their bras

The father has alleged in his complaint that his daughter was asked to remove her bra after the metal hooks beeped during a security check at the examination centre. The father of the girl said that the bulletin issued by the National Testing Agency, which conducts NEET in India, does not mention a ban on bras with metal hooks.

He reportedly said, “The thought that they don’t have innerwear while sitting in a hall where boys were also writing the exam made the girls uncomfortable.” The girl’s father also claimed that when girl students refused to remove their innerwear, they were asked whether their future or innerwear was important.

The police have registered the case under sections 354 (Assault or criminal force on woman with intent to outrage her modesty) and 509 (Word, gesture or act intended to insult the modesty of a woman) of the Indian Penal Code (IPC).

This isn’t the first time in India that girl students have been subjected to harassment during the NEET exam. A similar incident took place in 2017 in India.

Work life balance for entrepreneur: Is it realistic?