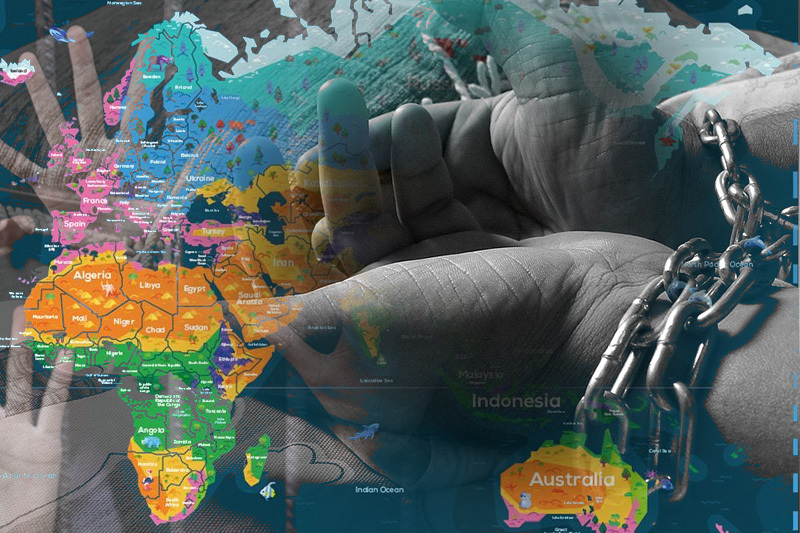 Global – July 30 is observed every year as the World Day Against Trafficking 2022. Human trafficking is the rising global concern and “an all-out assault on people’s rights, safety and dignity,” as said by UN Secretary-General António Guterres.

In India, scores of children and women are trafficked every year. According to National Crime Bureau, more than 4,700 people were trafficked in 2020, of which 1,377 were minor boys, and 845 were minor girls. Furthermore, every hour an average of 1827 women are trafficked. One of the ways to check the human trafficking is to raise awareness against this act of human rights violation.

These five campaigns are innovatively spreading awareness towards human trafficking.

Operation Smile was launched in 2014 by Ghaziabad police, under which it incorporated all missing children reports under one list. It was then published as a brochure and circulated in NGOs and commissions related to children across India. Social media was used along with dedicated teams to locate the missing children. Within one month, 80 children were found in Ghaziabad and 147 from other parts of the country.

According to United Nations, raising awareness against human trafficking is the best way to fight it. The skill gaming platform Mobile Premier League (MPL) has teamed up with an NGO Missing Link Trust, to launch the Missing Game on MPL. It is available in various Indian regional languages and makes the players experience dark reality of human trafficking while raising awareness around it.

A “blue heart” logo was created as a symbol of human trafficking by UN Office on Drugs and Crime in 2009. This became a big part of activities raising awareness in NGOs and private as well as government sectors. People displayed blue heart on social media in campaign and many organizations displayed the logo during events.

Indian state of West Bengal had accounted for 25 per cent of country’s human trafficking cases during 2010-2016. The campaign was launched in West Bengal’s most impacted area as an awareness campaign-cum-community policing programme. It involved all stakeholders – students, police, teachers, parents, NGOs, panchayats.