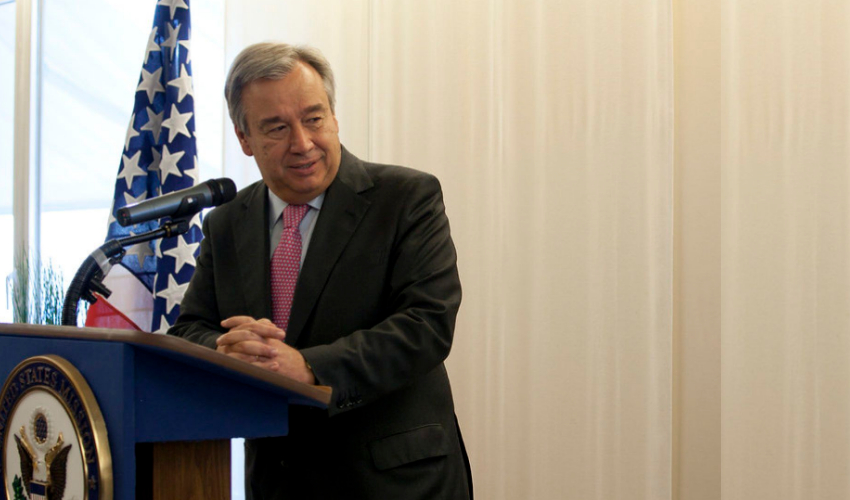 U.N. chief Antonio Guterres has asked for marine personnel who have been stranded on sea

The human rights of seafarers seem to be marginalized as many of them are still stuck at sea due to the ongoing pandemic conditions and prolonged lockdowns in various countries.

As of last week, hundreds and thousands are said to be stranded at sea. The United Nations is now asking for them to be evacuated under a new designated key workers category.

“Unable to get off ships, the maximum sea time stipulated in international conventions is being ignored, with some seafarers marooned at sea for 15 months”

Urging many nations across the globe, U.N. chief Antonio Guterres has asked for marine personnel who have been stranded on sea for more than 15 months to be brought back home and be considered under the ‘key or essential worker’ category.

According to his spokesperson Stephane Dujarric, “Unable to get off ships, the maximum sea time stipulated in international conventions is being ignored, with some seafarers marooned at sea for 15 months.” This is being seen as in complete violation of their human rights.

There is an urgent need for a changeover of all those who are stranded on commercial ships mainly used for ferrying commodities and goods across the seas. Due to the pandemic lockdowns, trade had been frozen and most of the crews have been hanging in their respective vehicles for more than 450 days.

Further, the ILO has already been receiving news that many seafarers were not being allowed to disembark on many ports world over to receive any kind of medical attention. On the flipside, those awaiting on ports to embark various ships are losing income and are anxious to go back to work.

Now, the UN agencies (including International Labour Organisation and International Maritime Organisation) and are now working out protocols with the concerned marine agencies like the International Chamber of Shipping association (ICS) and International Transport Workers’ Federation (ITF). This will help in the necessary and urgent crew changeovers and Mr. Guterres has now called for all governments to urgently implement them to allow stranded seafarers to go home and others to join ships, Dujarric further said.

As pandemic shows uncertain patterns of lockdowns and opening of the same in some countries, anxiety around losing jobs and livelihood are taking a toll over many people’s mental health. Guterres has expressed concerns over seafarers falling sick of the wrong reasons and would like to prevent any undue mental anguish to those who are already away from families for far too long.