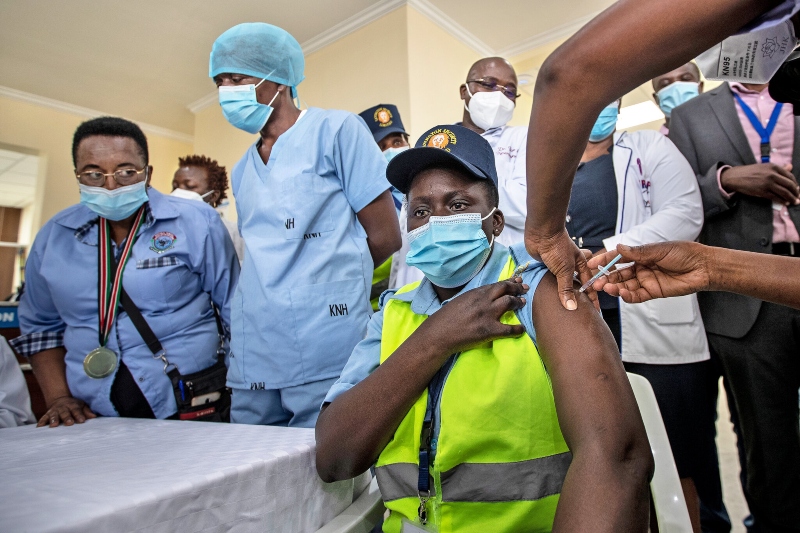 being severely hit by covid, kenya has offered free vaccines to all diplomats based there, including thousands of un staff

Kenya – To help some of the hundreds of thousands of Kenyans who have lost their jobs because of the coronavirus pandemic, the government is paying people to start with the basic work now. Being severely hit by Covid, Kenya has offered free vaccines to all diplomats based there, including thousands of United Nations staff, even though it has not completed inoculating its own health workers, other front-line staff or elderly, drawing criticism from local medics.

The offer was made in a March in a letter sent by the Ministry of Foreign Affairs to diplomatic missions. Macharia Kamau, the foreign ministry’s principal secretary, said the shots being offered had been supplied via the World Health Organization (WHO) co-led COVAX vaccine access scheme. Kenya, where nearly 2,000 people have died of COVID-19, is battling a third wave and the health ministry has been continuously updating the death tolls.

Kamau further added that they need to protect everyone resident in Kenya. It just made sense not to reach out only to Kenyans but also to the international community here, Nairobi hosts the UN headquarters in Africa. The UN Office at Nairobi (UNON) is one of four major sites worldwide, where many UN agencies such as the children’s agency UNICEF and others have large presences.

The report published by medical association said in early March that it would set aside 400,000 vaccines for health staff and other essential workers. COVAX was set up to ensure vaccines were available to high risk and vulnerable people, as well as front-line health workers, in countries unable to buy shots on the highly competitive international market.